What If Israel Attached Nuclear Weapons to its Stealth F-35s? 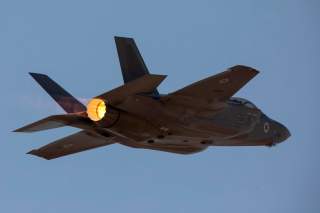 Key Point: Between its fleet of planes and its illicit nuclear weapons program, Israel has all it needs to make this conjecture a reality.

This piece first appeared in 2017 and is being republished due to reader interest.