What if a Progressive President Cut U.S. Defense Spending Dramatically? 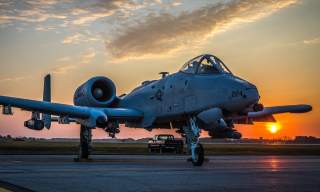 Although foreign policy has generally not taken center-stage in the Democratic Presidential primary thus far, some of the candidates have begun to speak out about the size and extent of the U.S. defense establishment. This discussion has come as “progressive” foreign policy thinking has become more sophisticated and forward-thinking, especially with regards to defense. Although the perspectives of the candidates differ, most seem to believe that the defense budget has become too large and should be constrained in preference for domestic priorities. Some candidates, however, have hinted at a thorough-going rethinking of the size of the Department of Defense that would see a major reduction in funding, necessitating radical reforms in how the United States does national security.

Nations have, of course, conducted radical reductions in their defense profiles in the past. The U.S. budget declined dramatically at the end of World War II, and declined by nearly 50% in the 1970s from the peak of 1968. But even the defense reductions at the end of the Cold War were modest, and were soon forgotten as spending on new programs accelerated. The entire idea of significantly cutting the DoD budget fell by the wayside after 9/11 and the onset of the Wars on Terror.  Consequently, there hasn’t been enough sophisticated thinking on what serious cuts to the U.S. defense budget might look like, despite the rise of centers of progressive foreign policy thinking on the left, and the rise of quasi-isolationist thinking on parts of the right.

So, what would the United States need to do to significantly cut its defense budget?  The question is complicated, and the answers are difficult.

First, cutting the defense budget needs to be about more than just fraud and waste. Fraud and waste undoubtedly exist in the Pentagon budget on a vast scale, but mostly because of the vast scale of the budget itself. Attacks on fraud and waste would likely have some marginal effect, but even this marginal effect would be offset by the substantial costs of additional Congressional and bureaucratic oversight. Saving money by attacking fraud costs money in time, bureaucratic attention, contracting complexity, and delays to major programs. The aphorism “there is no limit to the amount of taxpayer money you can waste in pursuit of preventing the waste of taxpayer money” undoubtedly applies to the Department of Defense budget.  In any case, approaches to cutting the defense budget that focus on fraud and waste, as opposed to major cuts in significant programs, should not be taken seriously.

Significantly cutting the defense budget will lead to a substantial reduction of personnel, which will produce economic dislocation both for the personnel involved and for the communities that depend on defense installations and on the defense industrial base for survival. The experience with Obamacare offers a useful analogy.  The U.S. healthcare industrial base is both immense and immensely costly. Much of that cost involves personnel, which means that efforts to cut costs tend to have the effect of putting healthcare workers on the unemployment line. Obamacare settled on management of the cost curve rather than on major cuts in healthcare spending precisely because of that problem.

For the United States, the problem has both domestic and international effects. The resistance of communities to cuts in local defense spending and military basing is well-understood, and any effort to cut the defense budget needs to take account of ways to assuage the pain. On the international side, many countries have premised their own defense budgets on what amounts to U.S. overspending, a deal that the United States has been willing to make in exchange for outsized diplomatic influence around the world. Serious retrenchment will lead to significant diplomatic pressure on the US from partners who don’t want to increase their own expenditures, and could threaten much of the latticework that undergirds the liberal international order.

Budget cutters also need to think seriously about timing and sequencing. For example, we might be tempted to cut costs by delaying or canceling the construction of new submarines, aircraft carriers, or fighter aircraft.  Unless we have jointly decided that we will never need new aircraft carriers, however, suspending the construction of new ships would prove a dreadfully expensive mistake, leading to a massive loss of infrastructure and know-how.  In practical terms, this means that the retirement of older vessels should take priority over the cancellation of new vessels, although in certain cases this may incur risk (for example, when technical problems delay the Ford-class aircraft carrier).  Similar problems exist in other elements of the force structure, such a training and workforce retention.  We need not stray too far to find an example of the serious costs of poorly designed cuts; the Russian military is still trying to recover from the drastic cuts of the post-Soviet period, and has paid an enormous premium to rebuild even modest capabilities.

Another problem lies with the services, which for the last fifty years have enjoyed a cozy relationship in which procurement dollars have remained at nearly a fixed level relative to each other. This prevented destructive inter-service conflict by reducing the incentive that each service had to undercut the others. However, it has made it more difficult to envision profound shifts in overall US force structure. Paradoxically, it is easier to imagine the United States retiring strategic bombers in favor of health or education spending than it is to envision retiring the bombers in favor of additional aircraft carriers.

But a reformed defense budget should lead to something different than an Army, Navy, Marine Corps, and Air Force at half of their current size. A US military much smaller than the one that exists today cannot do all of the same things, but it can do different things.  What these things are should be guided by robust theorization of the defense needs of the United States; the force structure changes that a smaller defense budget would necessitate requiring heavy ways-means-ends theorization in order to produce strategic goals that lie within the new budget reality. Van Jackson refers to as the shift from “military superiority to military sufficiency,” but of course the term “sufficiency” is laden with all manner of disputed meanings. This is an area in which think tanks (those not beholden to current levels of military spending, anyway) and institutions of professional military educations (such as the war colleges) can contribute to robust thinking on how to shift ends, ways, and means in a manageable way.

That cutting the defense budget would be a monumental task hardly means that a President should refrain from doing it. But the endeavor requires careful strategic thought, both in terms of managing the constituencies of US defense budget (both domestic and international) and in determining the structure of the new force. Reconstructing the U.S. national security state is a tremendously complex task, and the folks interested in doing it should start work right away.