What If Ukraine's Attempt at Peace Ended up Making Things Worse? 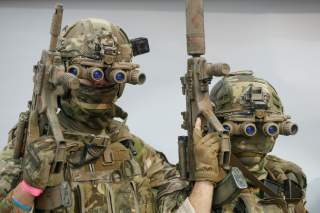 With no end in sight to the conflict in eastern Ukraine, Kyiv's desire to forge a new path to peace risks setting it back to square one. In late February, Ukraine's Ministry of Foreign Affairs announced that it was actively working on a proposal to replace the 2014 Minsk Protocol. But while the chances of permanently ending the conflict under the current Minsk agreements remain slim at best, the chances that Ukraine can successfully negotiate an entirely new framework with Russia-backed separatists in Donbas are even slimmer. Instead, Kyiv's strategy is most likely to collapse existing diplomatic efforts — and could potentially even lead to an escalation in fighting along the region's still-active front lines — by highlighting the very constraints that have prevented progress over the past six years.

Kyiv's push for an alternative to the Minsk agreement indicates its intent to abandon the existing framework due to its failure to achieve permanent peace in eastern Ukraine. Convinced that certain aspects of the Minsk Protocol are impossible to implement as-is, the Ukrainian government has concluded its potential to secure peace in eastern Ukraine has now been exhausted. Kyiv's primary hangups with the current agreement include the organization of elections in Donbas, the special political status of the breakaway territories, and returning Ukraine's border with Russia back to Minsk's control. Ukraine has also argued that the timeline of these events, which currently requires the implementation of the special political status within Ukrainian law and the organization of elections before Ukraine can reassume control over its border, is particularly troubling. Ukraine's current government under President Volodymyr Zelenskiy has even said that it would have never agreed to an agreement under these terms in the first place.

This push, however, risks jeopardizing the Ukrainian government's apparent progress in normalizing ties with Russia over the past year. After Zelenskiy's election in May 2019, he appeared on track toward reaching a permanent resolution with Moscow to the conflict in eastern Ukraine. By initially tackling the easier aspects of implementing the agreement, through prisoner exchanges and tactical withdrawals from the front line in eastern Ukraine, this perception was drawn out even though greater challenges still continued to cast a shadow over the potential for full implementation.

These efforts culminated in a Normandy Format summit in Paris in December, where the heads of state of Russia, Ukraine, Germany and France — the guarantors of the Minsk agreement — met to negotiate the further implementation of the deal. But despite the optimism around the summit, it failed to provide any breakthroughs beyond the continuation of prisoner exchanges and tactical withdrawals. And since then, there's been little progress on even these elements, and Ukrainian voices calling for the abandonment of the Minsk agreement altogether have grown louder.

The Specter of War

Ukrainian officials have floated the idea of an entirely new Minsk agreement since the second iteration was signed in 2015, and its implementation was questioned. This, however, is the first time the government has officially committed to the "Plan B" concept, which brings with it a great degree of uncertainty. Despite the failure to fully implement the Minsk agreement, both the initial 2014 agreement and the 2015 final version (as well as the 2016 Steinmeier Formula) have so far effectively kept Kyiv and Moscow working within the diplomatic framework. An attempt at renegotiation risks unraveling the achievements to this point, primarily consisting of the delineation of the contact line in eastern Ukraine and efforts to impose a cease-fire. Without a valid diplomatic framework, the parties to the conflict could once again be seen reaching for military means to strengthen their position in negotiations.

If this were to be the case, neither side of the conflict would be in a position to overpower the other. Ukraine has not yet managed to rebuild its military strength following the loss of Crimea and eastern Ukraine, though it has worked steadily toward a potential NATO membership. Russia, on the other hand, continues to provide support to the Donetsk and Luhansk republics, which would allow these separatist forces to extend the conflict indefinitely. Kyiv likely wants to avoid such a return to military operations, as it would complicate its own efforts at economic stabilization, and could potentially even jeopardize its bid for NATO membership (which rules out enrolling new member states with active armed conflicts within their borders). But Ukraine's push to reshape the diplomatic process may very well lead there.

Russia has downright refused to entertain the idea of straying from the current Minsk agreement. In response to the Ukrainian request for a new Normandy summit, Russia's Foreign Minister Sergei Lavrov clearly stated that Russia saw no need for a future summit before decisions made during the previous meeting (implementing elements of the Minsk agreement) had taken place. Even if this were the case, Russia has argued a draft agreement preceding such a summit would have to rule out any attempts at undermining the Minsk agreement. The next steps in this implementation mostly relate to providing the breakaway republics in eastern Ukraine with a permanent political status under Ukrainian law. Kyiv is hesitant to move forward with this step, as it would effectively lock it into the existing diplomatic roadmap that grants Moscow leverage over Ukrainian politics and presents a roadblock to Kyiv's NATO membership. But for that very reason, Russia prefers sticking with the current Minsk framework over exploring a new one.

Currently, this leaves Russia and Ukraine going head-to-head over the future direction of the peace process with no clear outcome. But the one thing that appears certain is the inability for the implementation of the Minsk agreement to progress. Overall, Ukraine's ability to force Russia (and, by proxy, the two breakaway republics in eastern Ukraine) to comply with its demands is weak, which was recently made clear in the renegotiation of a key gas transit agreement between the two countries. And unlike Kyiv, Moscow would be perfectly capable of accepting a long-term extension of the current reality in eastern Ukraine, or even an escalation of the conflict.

Kyiv will likely also draw on France, Germany and the United States to exert pressure on Russia to comply with its plans for renegotiation, though the appetite for this will be low. Kyiv's allies (and particularly those in Europe) are not looking to take on additional economic risks by re-escalating tensions with Russia. In the longer term, Ukraine — with help of those Western allies — could hope to rebuild its military strength to force Russia and the region's separatists into accepting Kyiv's conditions. But without any shifts to Kyiv's political or physical leverage, the fighting in eastern Ukraine will likely continue at the hands of separatist forces seeking to force a return to the principles outlined within the Minsk agreement.

Kyiv's Push to End Eastern Ukraine's Conflict Risks Prolonging It is republished with the permission of Stratfor Worldview, a geopolitical intelligence and advisory firm.