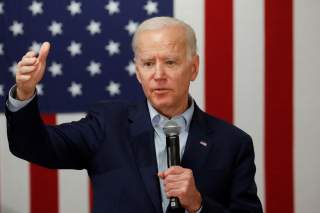 Section 230 of the Communications Decency Act shouldn’t be “revoked, immediately.” Former Vice President Joe Biden — worried about online falsehoods — is wrong about that new policy idea of his, which the Democratic presidential candidate recently related to The New York Times. Again, Section 230 is a foundational law for the modern, two-way internet that relies on big companies and users to create content. It protects internet companies from being sued over what users post online and allows them to moderate content. As Jeff Kosseff writes in The Twenty-Six Words That Created the Internet: “The dynamic, communal, and vicious public square exists because of one federal law.” And that’s Section 230.

Certainly the internet would look much different had there never been a Section 230. As Kosseff told me on my Political Economy podcast last summer: “I think the internet would look a lot more like a newspaper or television station. It would certainly be more one-way. People would be receiving information, but they might not be sharing information with one another because websites and platforms would face tremendous liability without Section 230.” Yelp might still exist in some form, he added, but it would be filled with uncritical, five-star restaurant reviews since anything less would result in a lawsuit.

So Yelp wouldn’t really be Yelp. Social media wouldn’t be social media. And the internet really wouldn’t be the internet as we currently know it. One possibility is that without Section 230 it would become a heavily moderated garden of bland and boring opinions and content. Or maybe just the opposite. Web sites would allow all manner of crazy, including extremists, conspiracy mongers, and pornography. Kosseff: “There are some smaller platforms that do leave everything up. Do we want the internet to look like that? I have a five-year-old daughter. If that’s what the internet looks like, she’s going to be using books and pens and papers for the rest of her life.”

Not every problem has a handy legislative solution. And right now we are seeing an evolutionary process where internet companies are wrestling with moderation at scale. Different policies are instituted, the public responds, changes are made, and the process continues. Washington should keep letting it.

This article by James Pethokoukis first appeared at the America Enterprise Institute.