What Kind of Superpower Will China Be? 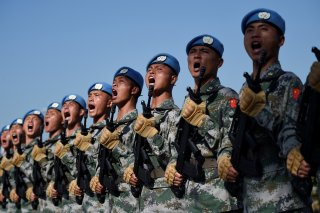 Only a few years ago, we mostly expected that the twentieth century would be the century where China climbs back to the rank of the most powerful country in the world. And back then, this did not seem like a particularly ominous thing—we still had plenty of misgivings about the global hegemon being governed by a communist party, but this party seemed pragmatic enough to embrace the liberal world order it would inherit from the American century before it. Now though, the future is starting to look very different.

Xi is less a “communist” and more a Han nationalist. And it turns out, this is more problematic than the communists we feared. Xi is not in the business of building a new future, as much as he is in the business of “restoring” Chinese pre-eminence and returning to the world order from before the “Century of Humiliation” (1839–1949). As an example of how significant such an apparently trivial change in tone can be, previous Chinese administrations were flexible and pragmatic when it came to arrangements like “one country, two systems” in Hong Kong and Macau. Those administrations saw that as a perfectly sensible way to make progress towards a goal that they desired but had the patience to wait for a few decades.

For the current administration, however, the very existence of such compromises is a sordid capitulation to foreign interests that national pride demands to be crushed, by force if necessary. And what is worse, the fact that this kind of rhetoric has become part of the ideology legitimizing the domestic rule of the party means that there is now an internal dynamic where the leadership has to continue pushing more and more for Chinese assertiveness in international affairs, whether that is constructive or not. So to understand how China will behave as it expands it’s sphere of influence and gets closer to superpower status, one only needs to examine its increased inability to tolerate any dissent in domains under its control.

So Beijing has to crack down on Hong Kong the more Hong Kongers try to resist. Beijing has to ratchet up the rhetoric with Taiwan and promise annexation. It feels compelled to incarcerate millions of Uighurs in the Western province of Xinjiang and brainwash them because they have a sufficiently distinct culture to justify a (rarely made) secessionist argument. And, most dangerously, it cannot help but seek direct confrontation with the current system of global power: whether it is the economic power of foreign transnational corporations, or the military power of the incumbent hegemon, the United States.

Fortunately, the military taunting is, for now, restricted to the South China Sea dispute. The nature of that particular tug-of-war (for lack of a better phrase), is such that it is unlikely to draw the United States and China into a direct military conflict. And the most likely flare point which could risk that, Taiwan, is still sufficiently down the list of Beijing’s priorities that the risk of direct war is not currently imminent.

But the direction China is taking on its way up to global pre-eminence is ringing all the alarm bells. And, even more concerning both for us in the West and for the people of China themselves, Beijing currently seems committed to a path that increases the risk of direct military confrontation in the “Thucydides Trap” scenario, rather than reduce it. Basically, a country can get to the position of a global hegemon in one of two ways: by directly challenging the incumbent power once it has amassed enough military and economic potential; or by surreptitiously taking over the pivotal role of the incumbent hegemon within their pre-built imperial order. The United States took over from the British Empire as the global hegemon by coming to the rescue of the British homeland in World War I and World War II—and for it, the British ceded their leadership position peacefully and gracefully. This is not the path Beijing is on. The current leadership in Beijing is pursuing the German Empire’s / Third Reich’s approach to challenging Britain’s hegemonic position: robust confrontationalism that is almost certain to result in a war with potential global scope. This is an extremely dangerous game to play. We all know how that story goes. And it is an especially reckless game to play, given that the incumbent hegemon, is currently also led by a thoughtless nationalist.