What Military Planners Can Learn from the 1973 Arab-Israeli War 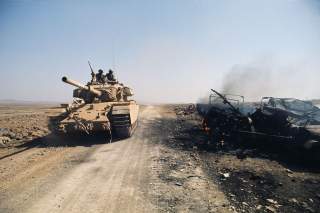