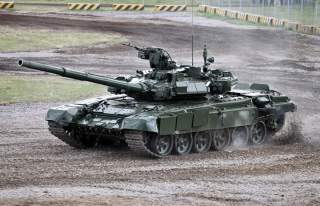 The lessons learned section of a U.S. Army analysis of urban warfare is mostly a no-brainer: urban combat is long, costly, burns out troops and resources, combined arms warfare is essential, and so on. Lessons that many armies, competent or not, have realized after scores of city fights going back to Stalingrad and Hue.

But what particularly interesting about this study by the U.S. Army’s Asymmetric Warfare Group is how Russia learned to fight in cities. The study, titled “Modern Urban Operations: Lessons Learned from Urban Operations from 1980 to the Present,” examined ten urban battles, including three fought by Russia. The report was published in November 2016 and recently released on the website Public Intelligence.

The disastrous Russian assault on Grozny in 1994 is an example of how not to fight in a city. A relatively small Russian force of 25,000 men attempt to storm key buildings in Grozny. The Russian tank and mechanized infantry columns were picked off and destroyed by small teams of Chechen fighters armed with light antitank weapons and sniper rifles, and taking advantage of the urban terrain for cover and concealment.

The U.S. study faulted Moscow for a lack of information operations to win over the Chechen populace and prepare the Russian people for the conflict. Russian troops failed to “maintain proper command and control of their columns moving through the streets of Grozny.” Russian commanders employed reconnaissance units but didn't support them, which resulted in the scouts having to fight instead of reconnoiter.

“Russian tactical-level commanders suffered from a hubris and blatant lack of regard for Chechen abilities,” said the U.S. Army study. “Soldiers were not prepared for any resistance, frequently sleeping or maintaining poor situational awareness even during the assault. Most vehicle crews lacked the necessary maps and geographic aids to navigate effectively through the urban environment, resulting in their driving into ambush sites and dead ends.”

The Second Battle of Grozny in 1999–2000 was a different matter. This time, Moscow committed 100,000 men and took firm control of information operations: “Limiting negative headlines allowed for more indiscriminate targeting, leveling the city, and breaking Chechen defenses before the main forces even entered the city.”

Russia also relied much more on air and artillery firepower, better trained and briefed soldiers and plentiful use of combat engineers and reconnaissance troops. Tanks were used to provide supporting firepower instead of getting caught up in close-range street fights. “Russian soldiers were more effectively trained and equipped to maneuver within the streets of Grozny,” the study noted. “As a result, they better understood urban operations and appreciated the enemy. Leaders took more frequent tactical pauses to allow soldiers to study maps, building layouts, and subterranean utility systems to understand the movements of Chechen fighters and possible alcoves that would be used for defense.”

Instead of another humiliation in the streets of Grozny, better Russian preparation and tactics “led to a Chechen withdrawal from the city within two months of fighting and the occupation and de-escalation of violence in the region within two years. The Russians, having effectively broken the majority of the Chechen resistance in this period, controlled the countryside prior to engaging the urban center.”

The U.S. Army also examined the Second Battle of Donetsk in 2014–15, scene of bloody fighting between Ukrainian troops and Ukrainian separatists backed by Russian troops and firepower. U.S. analysts point to the battle as an example of Russian hybrid warfare strategy, which melds regular and irregular warfare, applied to urban combat. “Russian-supplied enhanced optics, heavy armor, artillery, and air platforms enhanced the capabilities of the separatist forces by creating a new ‘beyond peer’ force within the separatist ranks.”

Donetsk also saw heavy fighting over control of the airport terminal. “Small unit tactics within the confines of a modern airport terminal were an example of the modern challenges presented by combat in urban terrain. Ukrainian forces used every aspect of the terminal for any possible defensive advantage. Russian forces countered with increased artillery and direct fire from tanks.”