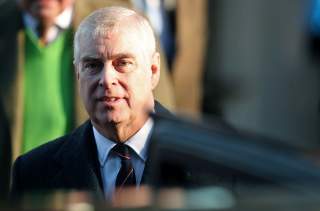 Sweating is a controversial topic at the moment. In his extraordinary recent BBC interview, Prince Andrew dismissed some of the allegations made against him by Virginia Giuffre (known previously as Virginia Roberts) on the grounds that he couldn’t sweat at the time – she had claimed he had been “profusely sweating”. During the interview, Prince Andrew, who has categorically denied all of the claims against him, said:

I didn’t sweat at the time because I had suffered what I would describe as an overdose of adrenaline in the Falklands War, when I was shot at … it was almost impossible for me to sweat.

But what makes us sweat, why do we do it – and can some conditions prevent us from doing it at all?

The human body is an amazing entity and responds to thousands of internal and external signals every day. These responses enable us to survive in rapidly changing conditions.

The skin is the largest and heaviest organ of the human body. It is calculated to weigh approximately three to 4.5kg and, over the course of your life, you will lose about 35kg of skin. Skin constantly repairs and replaces itself and performs many functions. It protects the body against pathogens, provides insulation, synthesises vitamin D, provides sensation and most importantly regulates temperature.

The regulation of temperature is complex. Nerve fibres detect the temperature of whatever is in contact with the skin and relay this information to the brain, which makes a decision about what to do next – take off a jumper or put on a coat. But there are also more primitive and uncontrollable responses.

The skin is covered in most places by hair. When cold, the brain causes these hairs to stand on end, trapping a layer of insulating air next to the skin. Conversely, when it’s too hot, the body sweats, producing fluid from the approximately 4m sweat glands in the skin to help heat evaporate away from the body – cooling us down.

Sweating is the release of a water-like fluid from special glands in the skin to help regulate body temperature. The fluid is approximately 99% water but also contains electrolytes, fatty acids, urea (as found in urine) and lactic acid. Many of these chemicals are now being analysed to detect health and hydration levels, and assist in diagnosing diseases such as cystic fibrosis.

The body is composed of up to 75% water and the loss of as little as 1% of this can cause dehydration. A 10% loss, meanwhile, can lead to life-threatening changes to the body.

A sedentary adult loses approximately 450ml of water through invisible perspiration a day, while athletes in hot, dry environments can produce 1,200ml of sweat per hour. Total water loss can often be between two and three litres a day through sweating, breathing and other routes in a sedentary adult. But in warmer climates and with activity, these rates can increase hugely.

How does sweating work?

Sweating is usually initiated by an increase in body temperature from the normal 37C. When the body senses it is getting too hot, an area of the brain called the hypothalamus controls the response. It does this through the sympathetic nervous system – also known as the “fight or flight” mechanism, because it also helps us fight for our lives or run away when we’re in danger. In this case, it triggers nervous impulses to release neurotransmitters (chemicals) that activate the sweat glands.

In stressful situations, cold sweats are usually mediated by adrenaline. This is because the adrenaline causes the blood vessels to narrow and a few sweat glands to become active – producing a drop in skin temperature and a cold sweat. Most temperature-related sweating, however, is controlled by acetylcholine and the presence of adrenaline would not have any consequence on the function of these sweat glands.

Sweating is normal and just about everyone does it. Some people, however, do it more or less than others.

A complete absence of sweating is called anhidrosis. It can occur in particular areas of the body or be global – where more than 80% of the body has no ability to sweat. The causes are usually damage or pathology of the nervous system, or they may be inherited, such as in the case of Sjogrens Syndrome. Some individuals suffer from hypohidrosis which is a reduction in sweating and can be indicative of dehydration.

Regarding Prince Andrew’s claim, an excess or continual exposure to adrenaline is not widely recognised as causing a lack of sweating in humans. However, there is some data in horses that has suggested that exposure to extreme temperatures may result in damage to the type of sweat glands that respond to adrenaline.

Similarly, the fact that the central nervous system, and parts of it that are linked to controlling the “fight or flight” response system, can also be involved or damaged in psychological trauma, means it is impossible to rule out this possibility without more information. There are a number of reports of individuals who have developed an idiopathic (unexplained) inability to sweat during military and extreme training.

At the opposite end of the spectrum is hyperhidrosis, which is excessive sweating. This condition can be systemic (body-wide) or localised. It is known that axillary hyperhidrosis (excessive armpit sweating) affects approximately 3% of the US population. Interference of tumours and other pathologies with the central nervous system can result in this symptom.

While sweating is seen to have its primary role in reducing body temperature, it is becoming clear that what is contained in sweat is far more interesting. Sweat even appears to be able to convey a person’s emotional state.

Women who were exposed to sweat samples that were collected from donors who were exhibiting fear while watching videos, for example, performed better in word association tasks than those women who were exposed to sweat which was produced by people watching neutral videos or samples that had no sweat on them at all. The sweat appears to contain a “signal” that suggests the person was undertaking a task that produced a heightened emotional or fearful state.

We may never know the truth about Prince Andrew’s sweating, but it’s something we all do and rely on – and researchers will continue to unlock its secrets for years to come.

This article by Daniel Allen first appeared in 2020 in The Conversation via Creative Commons License.