What is Quibi? Explaining the Upcoming "Short Form" Streaming Service 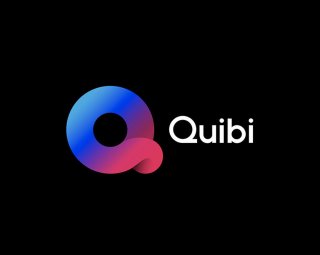 The latter part of 2019 saw the release of major new streaming services, while more are on the way in the coming months. For most of them, it's not hard to explain what they're all about.

Disney+, of course, consists of movies and shows from the vast trove of intellectual property owned or controlled by Disney, whether it's classic cartoons, Star Wars, Marvel, or Pixar. Apple TV+ consists of new movies and shows developed by Apple. The upcoming HBO Max will do what Disney did, only with Warner Brothers/HBO/Turner properties, which will include everything from the Harry Potter movies to Batman, Superman, Friends and The Sopranos. Peacock, NBC Universal's soon-to-launch entry, will feature content owned by Comcast, Universal and NBC, led by the full run of The Office and the entire archive of Saturday Night Live.

Then there's Quibi, which is set to launch on April 6. Its approaching launch has many people asking: "What in the world is Quibi"?

In short, Quibi is a short-form video service. It will offer original content, in short episodes, geared towards younger users on mobile devices. The website promises "movie-quality shows designed for your phone," with episodes debuting every day, lasting less than ten minutes each. According to The New York Times, Quibi will have 50 shows at launch, and is spending more than $1 billion on original content in its first year. Apple spent $6 billion on Apple TV+ content in its first year, but Apple is one of the most valuable companies in the world, while Quibi is a startup.

Content is made available at or near launch includes a new version of The Fugitive, starring Kiefer Sutherland, a reboot of Punk'd with Chance the Rapper, the Liam Hemsworth-centered action series Most Dangerous Game,  a doghouse-centered real estate show called Barkitecture, a thriller series called Survive which stars Game of Thrones actress Sophie Turner, and Chrissy's Court, starring model and social media star Chrissy Teigen as a judge.

There's also a Steven Spielberg-created horror series called Spielberg's After Dark which, in what's likely a first for the streaming era, will only be available to watch at night. Jennifer Lopez, Anna Kendrick, LeBron James, Kevin Hart, Dwayne "The Rock" Johnson and Guillermo Del Toro are also among those producing Quibi shows.

Quibi, per the Times, is also developing a series about Les Grossman, the character Tom Cruise played in the movie Tropic Thunder, although it's not clear if Cruise himself will take part.

Some of the shows are "movies in chapters," while others function more like traditional TV series with standard (though shorter) episodes.

The company also has some executive star power behind it. The founder is Jeffrey Katzenberg, the famous Hollywood executive who presided over Disney's animated renaissance in the early 1990s and later co-founded DreamWorks, with Spielberg. The CEO is Meg Whitman, who was previously the chief executive of eBay and Hewlett-Packard and later ran for governor of California. Jim Toth, who is married to Reese Witherspoon, is the head of content acquisition.

The timing of its arrival is certainly strange-especially since, per a report last summer by Digiday, the service will not be available on Roku, gaming consoles, or other platforms that connect to TVs.

"It's important to find humor in the darkest of times," pop culture writer Kathryn VanArendonk tweeted this week. "And for me right now it's that Quibi, a mega-million dollar app based on making a video that's easy to watch when you're on the go, is going to come out during a massive stay-at-home public health crisis."

Quibi launches April 6. It will cost $4.99 a month with ads and $7.99 a month, although it's also offering an uncommonly long 90-day free trial.