What Red Line Tells Us About Syria’s Chemical Weapons 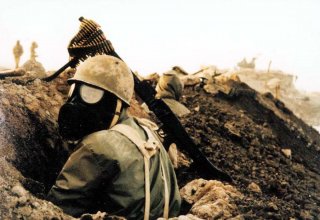 In 2003, while American forces were scouring Iraq in search of chemical weapons they would never find, the U.S. intelligence community knew exactly where Bashar al-Assad had stockpiled more than a thousand tons of sarin, VX, and other toxic agents. In Red Line, veteran Washington Post correspondent and two-time Pulitzer Prize-winner Joby Warrick breaks the story of a Syrian weapons scientist who called himself Ayman and was on the CIA payroll for thirteen years. Ayman welcomed the agency’s deposits in his bank accounts—he had two wives and sets of children to support, thanks to “Syria’s permissive polygamy laws” —yet Ayman appeared to be most interested in winning the admiration of foreign adversaries for his work. (pp.1-2)

When the Agency tested a sample that Ayman had passed to his case officer in Damascus, the results “caused a sensation at CIA outposts on both sides of the Atlantic. In a bare-bones lab, in a backward, autocratic state that had been shunned and blacklisted by the industrial powers of the West, the Syrian chemist had produced a weapon of astonishing quality and elegant simplicity.” (p.5) The intended targets were Israeli troops and cities. “You should warn the Jews,” the chemist told his handlers. In his view, it was only fair for Syria to have a deterrent comparable to Israel’s presumed nuclear weapons capability. (pp.3-4)

In 2002, Ayman faced a firing squad. The previous year, Bashar al-Assad’s brother-in-law, Assef Shawkat, subjected the chemist to a personal interrogation. Shawkat told the chemist the government knew what he had done. What Ayman did not realize was that Shawkat only intended to question him about the bribes that foreign companies gave the chemist in exchange for contracts from his research institute. Fearing the worst, Ayman confessed to everything. (pp.6-8)

The chemist is only a bit player in Red Line, yet his tale lets readers know that Warrick will command their attention with an array of uncanny stories built around formidable protagonists. Warrick also has a gift for immersing readers in the landscapes where his characters are searching for—or becoming targets of—Assad’s chemical weapons. This is a page-turner, not a dry policy tome.

Title aside, the book does not burrow deeply into Barack Obama’s decision to draw (but not militarily enforce) a publicly declared “red line” against Assad’s use of chemical weapons. That issue figures prominently in two well-done chapters, yet the question Warrick finds most beguiling is how U.S. and UN officials managed to dispose of more than a thousand tons of hazardous chemicals. This focus may be a bit surprising, since the disposal process turned out to be rapid, effective, and, by foreign policy standards, uncontroversial. What Warrick shows, however, is that this was a case of dogs that almost barked, or more literally, ships that almost capsized with tons of chemical weapons aboard.

Although the Syrian regime agreed to surrender its chemical weapons, no one else wanted them. Russia refused to help with disposal, despite brokering the deal with Assad and having the necessary facilities. Syria’s neighbors left much to desire in terms of stability. France said no. Belgium had a plant for destroying chemical weapons, but its regulatory maze served as an effective deterrent. Albania’s new prime minister sought to curry favor while applying for North Atlantic Treaty Organization membership, but environmentalists forced him to withdraw his offer. The Pentagon had to fall back on an untested option that one internal assessment dismissed as both hazardous and implausible: using mobile units to neutralize Syria’s arsenal aboard a massive cargo ship in the Mediterranean. (pp.137-147)

The man who made this possible was Timothy Blades, the civilian chief of a Defense Department chemical weapons team “called in for dirty jobs that no one else wanted to handle.” Warrick describes Blades as “stubborn, arrogant, and most annoyingly, given to displays of disdain toward senior military officers and civilian managers who technically outranked him.” (p.44) In other words, Blades is the kind of underdog and maverick for whom audiences cheer in political thrillers.

Critically, Blades started his work nine months before the Syrian army launched the chemical salvo that left more than 1,400 dead in the Damascus suburb of East Ghouta on just one morning in August 2013. Thanks to Ayman the chemist, the Obama administration was able to watch nervously throughout 2012 and 2013 as jihadi rebels came uncomfortably close to overrunning the facilities where Assad stored his weapons. “The threat became a recurring theme at White House intelligence briefings,” Warrick writes, “Obama sat through hours of intense discussions, often personally quizzing CIA officials.” (p.39-40) One consequence of these fears was Obama’s promulgation of his red line. Another was the tasking of Blades with figuring out how to dispose of Assad’s chemical stockpile in the event it came under U.S. or UN control.

In less than six months, Blades’ unit put together a working prototype of what became known as the Margarita Machine. It was a “sarin-destroying device that could be shipped anywhere in the world at a moment’s notice,” but only cost $3 million. (p.49) Each of its two main components could fit inside a standard twenty-foot shipping container. Since every key part had a twin, technicians could repair the unit without shutting it down. “With its rows of identical, interconnected parts in red, blue, and yellow, the thing looked like a Tinkertoy project constructed by giants,” Warrick observes. (p.57)

In July 2014, the cargo ship Cape Ray settled down west of Crete carrying a pair of Margarita Machines along with the chemical weapons turned over by the Syrians. Greenpeace and other environmentalists organized a flotilla of fishing boats and other small vessels to disrupt the operation, fearing a toxic spill. The Cape Ray had an escort of U.S. and European naval frigates, but those had little capability to control unarmed protesters. The flotilla came within a day’s sail of Cape Ray’s location, but heavy winds turned them back. (pp.218-223) Thanks to Warrick, it is now clear that the protesters were right to worry.

The ship became less and less stable as it burned through its supply of fuel, which also served as ballast. No port would allow a ship laden with chemical weapons to visit for refueling. Blades’ team worked around the clock to pump chemicals through the Margarita Machines, but the tanks that received waste products from the Machines unexpectedly began to fill with sludge that had not appeared during lab tests in Maryland. The disposal process slowed down, yet the computer program that calculated the ship’s risk of a roll-over kept counting down the time to spare. Already exhausted, Blades learned that his stepson at home had broken his back in several places in a farm accident. Yet after forty-plus days of working around the clock, the job was done.

After returning to Virginia, a few of the former crew revisited the question of how close the ship came to flipping over. The actual weight of trailers on the top deck was greater than the figure used as input for the stability algorithm. Metering equipment had also underestimated the amount of liquid in many tanks on the upper deck. “According to the revised calculations, the Cape Ray had dipped into the red zone in late August, about a week before it finished the mission,” Warrick writes. The mystery is why it did not capsize. (pp.216-227)

Had the Cape Ray become the Titanic of chemical weapons, it might have changed the course of U.S. policy or even the war in Syria. However, the ship remained upright, so the question that continues to spur debate about Obama’s red line is whether striking a deal with the Russians resolved the crisis with minimal risk, or whether the failure to punish Assad betrayed the regime’s victims, undermined American credibility, and prolonged the war to this day.

Warrick rarely addresses this question in his own voice. He prefers to let his protagonists articulate a range of opinions whose merits readers can evaluate on their own. A rare exception is Warrick’s observation in the book’s final pages, “Obama destroyed vastly more chemical weapons through diplomacy than Trump did with missiles.” (p.300) One might think that Assad’s continued use of chemical weapons would temper this judgement. What’s more, the Obama administration knew all along that Assad’s compliance was a charade. “From the beginning,” Warrick writes, “U.S. intelligence officials had known about gaps in the records turned over by Damascus as part of the U.S.-Russia deal in 2013. The Syrians had left out key facilities and experimental programs that the CIA had known about since the 1990s, thanks to the agency’s talented spy [i.e. Ayman] inside the country’s weapons complex.” (p.240) Additional inspections exposed other lies and omissions, including the Syrians inability to account for more than twenty tons of sarin precursor. (p.241-242)

Had Obama admitted publicly that he was going ahead with the deal despite flagrant violations by Assad, presumably with Russian connivance, there would have been a firestorm on Capitol Hill. Yet Red Line does not take Obama to task for this omission. The book does not recount the 2014 State of the Union address in which Obama said, “American diplomacy, backed by the threat of force, is why Syria’s chemical weapons are being eliminated.” Nor does Warrick remind readers that Secretary of State John Kerry insisted in 2014, “we struck a deal where we got 100 percent of the chemical weapons out.” Politifact rated the claim “Mostly True,” since there was little basis for doubt in the public record.