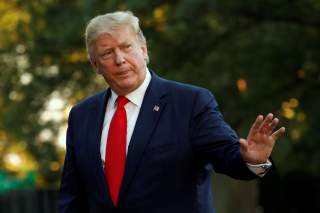 U.S. demands for huge payment increases from three of its major allies, South Korea, Japan and Germany, for basing military forces on their territory could cause significant shifts in the global U.S. military footprint. The centrality of the United States and its military to South Korea's and Japan's security strategies means Washington is in a strong position to extract more money. But the effort could push Germany further away from the United States.

Reports emerged this month that U.S. President Donald Trump and his administration have demanded that South Korea pay $4.7 billion next year — or 400 percent more than what it currently pays — for continued U.S. military protection. Then a report emerged that in July, the United States had requested that Japan increase its own share of military cost-sharing fourfold to $8 billion after their bilateral Special Measures Agreement expires in March 2021. These reports came as the United States was already preparing to press its NATO allies in Europe, in particular Germany, to pay more for the presence of U.S. troops on the Continent.

The latest U.S. demands were not the first indication that such a policy shift was in the works. In March, Bloomberg reported that under White House direction, the administration was drafting demands that Germany and Japan pay not only the full cost of U.S. forces deployed on Japanese soil, but also an additional 50 percent for the privilege of having them there. The same template was initially used in the Special Measures Agreement negotiations with South Korea in 2018 before the United States backed off. And in June, The Washington Post reported that the Pentagon was analyzing the impact of the large-scale removal of U.S. troops from Germany, alarming European officials, who sought an explanation from their U.S. counterparts.

Despite pushback from the Pentagon and the State Department, which have at times successfully moderated the demands, the White House and Trump personally are determined to negotiate what they see as fair deals for U.S. troop deployments from its wealthiest allies. The Pentagon study on the withdrawal of U.S. forces from Germany underscores that the United States actually appears willing to withdraw forces if such negotiations fail.

The U.S. effort to get money for troop deployments is not new, and will not disappear when Trump leaves office. But Trump and the current White House have supercharged the process, making it a central component of relations with these countries. Given the negotiation timetable, South Korea finds itself in a tough spot with little room to stall, but Japan and Germany can be expected to stall and see whether 2021 will bring a new U.S. administration with a less intense position on this policy. Either way, for at least the next year and potentially beyond, U.S. efforts to significantly alter basing agreements with key allies could trigger far-reaching effects.

South Korea finds itself in a weak position to resist the new U.S. approach. After already agreeing to pay the United States 8.2 percent more in a tough round of Special Measures Agreement negotiations in 2018, South Korea now faces U.S. demands for a 400 percent increase in payments. The new negotiations did not begin on a cordial note: On Nov. 19, U.S. negotiators cut talks short when it became clear no progress would be made for the time being.

But eventually, Seoul will have to strike a deal. This is because, despite its considerable military strength, its defense strategy remains heavily dependent on the U.S. military and its 28,500 troops on the Korean Peninsula. While more powerful conventionally than North Korea, in any major military conflict with the North the South Koreans would rely on the U.S. military, and in particular on U.S. command and control and intelligence gathering capabilities and its air and naval power. These capabilities would be crucial in neutralizing North Korean offensive capabilities before Pyongyang could inflict grievous damage on South Korea's people and economy. The growing strength of the North Korean missile and nuclear arsenal has only increased the importance of the U.S. defense role.

The tough U.S. demands on South Korea have increased calls for greater defense autonomy, especially from lawmakers on the left. South Korea has already been working to lessen this dependence by bolstering its defense capabilities, with some even calling for the acquisition of nuclear arms. But creating true defense independence will take decades, making an immediate South Korean defense rupture with the United States highly unlikely despite the steep U.S. demands. Nevertheless, contentious talks would increase the South Korean momentum toward greater autonomy in defense, while an impasse could prompt Trump to unilaterally reduce U.S. troop numbers in South Korea.

Japan: Wealth and a Dangerous Neighborhood Will Force Tokyo to Bargain

Like South Korea, Japan remains heavily dependent on U.S. security guarantees — and like South Korea, Japan also faces forceful U.S. demands for a large increase in payments. According to a report in Foreign Policy, in July the United States asked Japan to increase its share of military cost-sharing fourfold, to $8 billion, when their bilateral Special Measures Agreement expires in March 2021. Also like South Korea, Japan maintains a powerful military. But Japan's armed forces have long heavily focused on defensive capabilities, and Tokyo is only now beginning to accumulate serious offensive firepower. In the meantime, Japan relies on the roughly 50,000 U.S. troops on its territory to bolster its ability to respond to external threats.

Tokyo might well use the pressure to bolster its case for an acceleration of the normalization of the Japanese military, arguing with domestic critics that a better-rounded military will make Japan more self-reliant. While Washington has long demanded just this from Tokyo, an expanding Japanese military poses some risks for Washington — such as a greater risk of Japan dragging the United States into conflict.

Germany is in a much better position than South Korea and Japan to resist U.S. defense demands, which Washington is expected to push with NATO — and especially with Berlin — in 2020. Like South Korea and Japan, Germany hosts a hefty number of U.S. troops — 34,000 in its case — but unlike them, it feels secure from immediate military threats. Also unlike South Korea and Japan, Germans as a whole are far more critical of the U.S. military presence in their country. Recent polls show that while about two-thirds of South Koreans and Japanese support the U.S. military presence in their countries, a 2018 YouGov poll for DPA news agency found that more Germans would welcome the departure of U.S. forces (42 percent) than would oppose it (37 percent).

Germans often see U.S. military bases on their soil as primarily serving U.S. foreign policy interests rather than those of Germany. And in fact, the military infrastructure the United States has built up in Germany over the decades, including airfields and hospitals, has seen heavy use during U.S. wars in the Middle East and Afghanistan. These factors make Germany the most likely to reject U.S. demands for a massive increase in payments, and to see a subsequent significant drawdown of U.S. forces.

Even more likely to make Germany stand its ground is the most likely place departing U.S. troops might go to: neighboring Poland. For its part, Poland is actively lobbying for more U.S. troops and has offered to pay a significant sum to attract them. Since the main German security concern is Russia, shifting U.S. troops to Poland would give Berlin what it wants without having to pay. This scenario would, however, come at the cost to Germany of even worse relations with Washington.

How 3 Key Allies Will Respond to U.S. Demands on Troop Deployments is republished with the permission of Stratfor Worldview, a geopolitical intelligence and advisory firm.