What Taliban Control Means for Women in Afghanistan 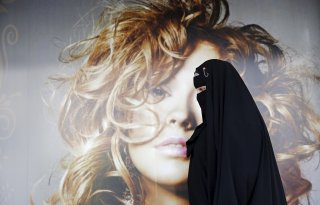 There are many places around the globe that aren’t welcoming for western women, and while that remains true for much of the Islamic world, Afghanistan has quickly reverted to its old ways as the Taliban have retaken control of the central Asian nation. As a result, there are reports that CNN reporter Clarissa Ward was told to stand aside – simply because she is female.

“They’ve just told me to stand to the side because I’m a woman,” Ward said while reporting from the Afghan capital of Kabul, which has fallen to the insurgent forces.

Instead of a prolonged siege or violent house-to-house fighting, the Taliban's takeover of the city was largely unopposed. Ward, who had worn a head covering while pointing her head downward, said that even as some of the Taliban fighters were friendly, the mood has shifted quickly.

“The welcoming spirit only extends so far, and my presence soon creates tension,” she added.

A Taliban commander had told the CNN chief international correspondent that “everything is under control, everything will be fine.” However, as CNN and other media outlets have reported, already women had begun to dress far more conservatively than they had just days earlier.

There is a sense of dread about what the future will be like for Afghanistan’s women and young girls.

For many young women, they were too young to remember what life was like under the Taliban, while today most high-school-age girls were born after the Taliban was driven from power. A return of the Taliban could be a complete shock to them. While in power, the Taliban had become notorious throughout the world for their misogyny as well as their violence against women.

In what had been called gender apartheid, women weren’t allowed to work, and they were not allowed to be educated after the age of eight, and then were largely only allowed to study the Koran.

During the Taliban’s previous regime, 80 percent of Afghan marriages were forced, with many girls under the age of sixteen subjected to arranged marriages.

It isn’t just women that could suffer under the Taliban again, warned Amnesty International. On social media on Monday, the human rights watchdog posted, “Thousands of Afghans at serious risk of Taliban reprisals - from academics and journalists to civil society activists and women human rights defenders - are in danger of being abandoned to a deeply uncertain future.”

The fall of Afghanistan came just weeks after the United States began to pull its forces out of the nation, following nearly 20 years of continued conflict that began after the 9/11 attacks.

Ward asked the Taliban commander leader if he had a message for the United States.

“America already spent enough time in Afghanistan,” he replied. “They need to leave, they already lost lots of time and lots of money.”

Time may now be running out for those who the United States may have left behind.