What is Wi-Fi 6? Here Is Everything You Need To Know. 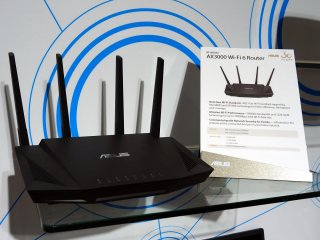 Most of us, it appears, are going to be stuck at home for the foreseeable future, and working from home while we do it. And even if you're used to working from home, doing so while your whole family is using their devices is going to tax your home Internet much more than usual. Maybe you're using to an Internet connection for one, but not for your kids' iPads or Playstation to use up your Wi-Fi at the same time.

The latest in Wi-Fi technology is Wi-Fi 6, the most up-to-date standard for Wi-Fi developed by the Wi-Fi Alliance.  And a big part of what Wi-Fi 6 offers is the ability to handle multiple devices at once, both in domestic and commercial settings. And while the Alliance emphasizes the capability of the Wi-Fi 6 technology in stadiums, public venues and offices, some of the early products are also available for the home market.

Formally known as  IEEE 802.11ax, Wi-Fi 6 was unveiled last year and is the successor to Wi-Fi 5 (802.11ac), which arrived in 2014. According to the Wi-Fi Alliance, which grants certification to products that meet the standard, Wi-Fi 6 "provides the capacity, efficiency, coverage, and performance required by users today in the most demanding Wi-Fi environments."

An advanced version of the standard, Wi-Fi 6E, will bring Wi-Fi 6 to the soon-to-be-utilized  6 GHz frequency band.

The benefits of the new standard, per the Alliance, are higher data rates and power efficiency, more capacity and — especially important, these days-"performance in environments with many connected devices." Wi-Fi 6 allows streaming of Ultra HD movies, support for high-bandwidth business applications, and much more.

Since Wi-Fi 6 is relatively new, it's not yet on most devices, whether on the router or device side. The Alliance has only been certifying devices with the standard since last fall.

Of Apple devices, the only ones that support Wi-Fi 6 as of now are the iPhone 11 and iPhone 11 Pro, and the iPad Pro that was just unveiled in early March and will hit the market soon. Apple has yet to release a MacBook that offers Wi-Fi 6 capability.

Wi-Fi 6 is very much a technology of the future, as opposed to the presence. After all, a CNET review of that Netgear router described it as "more router than you need." On the other hand, it's virtually certain that more computers, tablets and other hardware products will sport the capability before long.