What's Next for the Glasgow Climate Pact? 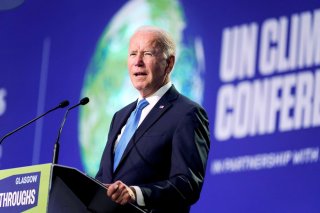 Last November, the world came together at the twenty-sixth Conference of Parties (COP) in Glasgow, Scotland, to discuss one of the most pressing issues of our time: the climate crisis. These conferences have taken place annually since the UN Framework Convention on Climate Change (UNFCCC) was signed by 197 countries in 1994. Many agreements have come out of these conferences, including the Kyoto Protocol, the Paris Agreement, and now the Glasgow Climate Pact.

What’s in the Glasgow Climate Pact?

Very basically, signatories of the pact pledge to do the following: meet in 2022 to pledge further reduce carbon dioxide emissions, phase down use of coal, increase money given to low- or middle-income countries to fight climate change, phase out fossil fuel subsidies, stop deforestation by 2030, cut methane emissions by 30 percent by 2030, and put $130 trillion towards clean technology.

One of the most notable parts of the pact is a commitment from the United States and China to work together on climate issues. This is significant as both countries are the top two emitters of carbon dioxide in the world.The Glasgow Climate Pact itself is not legally binding, though a few countries have reportedly made their pledges legally binding.

Why is this important?

According to a 2021 report from the Intergovernmental Panel on Climate Change (IPCC), the global temperature is already set to rise to 1.5℃ within the next twenty years, and will probably go beyond that. This is important as 1.5℃ is the threshold for more climate-related disasters such as rising sea levels, ocean warming, and natural disasters. If we go beyond 1.5℃, then we will see the catastrophic effects that those all bring.

The big question now is whether what was signed in Glasgow is enough to stave off a climate disaster. As of right now, it’s too early to say. There has been a lot of talk about what needs to happen in order to be successful here, but very little action. If the international community really wants to take meaningful action, it needs to stop talking about what has to be done and get it done.

Ellie Shackleton is the Program Assistant at the Center for the National Interest. She has contributed to two previous policy reports, Beyond UN75 and Building Back Together and Greener. Find her on LinkedIn here.