This Is When The U.S. Marines Know Its Time For 'Suppressive Fire' 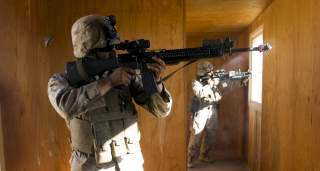 Key point: Automatic fire may be fun, hell it definitely is, but there’s a time and place for it.