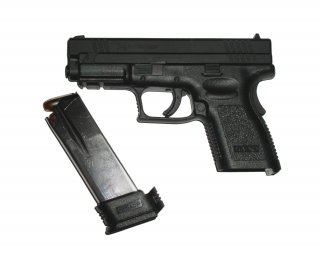 In1964 the United States Department of Defense determined that private suppliers could provide the necessary weapons to meet the need of the military, and in 1968 the Springfield Armory was closed. The buildings and grounds were designated as a historic landmark in the 1960s and in 1974 the Armory became a national historic site and part of the National Park System, which today oversees the museum.