Which Democrats Voted Against the Impeachment Inquiry? 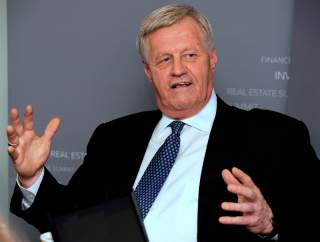 Van Drew warned that impeachment will “further divide the country” in a statement he released following the vote, according to NorthJersey.com.

“However, now that the vote has taken place and we are moving forward I will be making a judgment call based on all the evidence presented by these investigations,” he said in the statement. “My hope is that we are still able to get some work done to help the American people like infrastructure, veteran’s benefits, environmental protections, immigration reform, reducing prescription drug cost, and strengthening Social Security.”

The New Jersey representative stole a GOP seat in 2018 and might face a tough re-election year, the publication reported. Voters in Van Drew’s district largely voted for President Donald Trump in the 2016 election.

Peterson is one of only two Democrats remaining in the House who voted to authorize the impeachment of former President Bill Clinton, according to Fox News. The Minnesota representative comes from Minnesota’s Congressional District 7, a district that largely voted for Trump in the 2016 election — and no other House Democrat comes from a district more supportive of Trump, the Duluth News Tribune reported.

“This impeachment process continues to be hopelessly partisan,” Peterson said in a statement Thursday. “I have been hearing from my constituents on both sides of this matter for months, and the escalation of calls this past week just shows me how divided our country really is right now.”

“I have some serious concerns with the way the closed-door depositions were run, and am skeptical that we will have a process that is open, transparent and fair,” Peterson added. “Without support from Senate Republicans, going down this path is a mistake. Today’s vote is both unneccessary, and widely misrepresented in the media and by Republicans as a vote on impeachment. I will not make a decision on impeachment until all the facts have been presented.”

Van Drew and Peterson did not yet respond to requests for comment from the Daily Caller News Foundation.