While America Promotes Freedom and Human Rights Abroad, We Must Uphold Those Values at Home 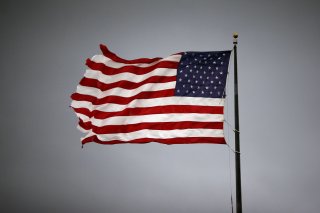 Iran is hosting an “I Can’t Breathe” international cartoon exhibition, with seventy-two pieces from twenty-seven countries, mocking America for its racial unrest and portraying its leaders and police as Nazis and Klan members.

In China, officials are blasting America for its racism while the People’s Daily, the communist party’s official newspaper, ran a cartoon of a crumbling Statue of Liberty and a White House soaked in blood and tear gas. In Moscow, Russian president Vladimir Putin said on state TV that “if this fight for natural rights, legal rights, turns into mayhem and rioting, I see nothing good for the [United States].”

The hypocrisy is breathtaking, for Tehran, Beijing, and Moscow are among the world’s leading human rights abusers, and they don’t even pretend to respect the freedoms that Americans take for granted.

Nevertheless, the autocrats’ attacks on America remind us that due to the ideals we promote around the world – freedom, democracy, equality rights, pluralism—we pay a price abroad when we don’t live up to them at home. We invite attack from our autocratic adversaries, divert attention from their human rights horrors, and make ourselves a less effective advocate for human rights.

This is no new problem. Throughout the post-war period, and particularly during Cold War, presidents of both parties argued that America must address its racism, among other reasons, to prevent the Soviet Union from exploiting it as Washington and Moscow battled for influence around the world.

“The existence of discrimination against minority groups in this country has an adverse effect upon our relations with other countries,” Dean Acheson, who was then Acting Secretary of State, wrote to the chair of the federal Fair Employment Practices Committee in 1946, urging federal action.

Explaining, in 1957, why he sent Army paratroopers to Little Rock, Arkansas, to protect black students who were enrolling in Central High School, President Eisenhower declared, “it would be difficult to exaggerate the harm that is being done to the prestige and influence, and indeed to the safety, of our nation and the world. Our enemies are gloating over this incident and using it everywhere to misrepresent our whole nation.”

The burden was uniquely American, as JFK argued, for neither Moscow nor any other autocratic regime felt any responsibility to protect human rights. “We are a goldfish bowl before the world,” he said. “We set a very high standard for ourselves. The communists do not . . . we preach very high standards and if we’re not going to be charged before the world with hypocrisy, we have to meet those standards.”

JFK was so focused on the global implications of America’s race problems that when the Senate Commerce Committee held hearings on his civil rights bill in July of 1963, he sent Secretary of State Dean Rusk to serve as the Administration’s lead witness and discuss its ramifications for U.S. foreign policy.

At the time, this challenge was widely recognized beyond policymaking circles. When, in 1961, “freedom riders” who wanted to ensure that public buses were desegregated in the South were beaten viciously by club-wielding mobs, the New York Times editorialized, “the United States has lost another battle in the global cold war” because people across the world will see “photographs of men beating [blacks] or other unarmed white men and women” and “ask themselves what the United States really stands for.”

During the Cold War, U.S. leaders bemoaned our racial strife in particular because Washington and Moscow were battled for the allegiance of nonaligned nations in the developing world.

Today, we stand at a similar moment. Freedom has been declining around the world for more than a decade, America has turned inward in recent years, autocrats are promoting their form of government as a viable alternative to U.S.-led democracy, and nations across the world are choosing sides.

To the many good reasons why the United States should address its race issues, here’s another: As presidents and opinion leaders of our past well knew—and as the autocrats in Beijing, Moscow, and Tehran now remind us—we will be not only stronger at home but more influential abroad.

Lawrence J. Haas, senior fellow at the American Foreign Policy Council, is the author of, most recently, “Harry and Arthur: Truman, Vandenberg, and the Partnership That Created the Free World.”