While Iran and America Negotiate, Israel Prepares for a Possible Strike 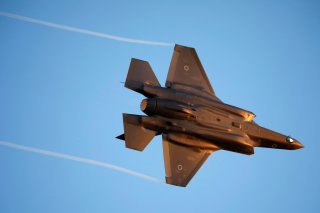 As controversial negotiations continue between the United States and Iran, they do so with the knowledge that Israel designated 2022 as the year that the Israeli Air Force (IAF) would prioritize its readiness to deal with Iran and its nuclear program. This directive carries with it significant influences on the entire IAF.

At the organizational level, the IAF knows well how to direct itself and all of its internal units around a new order from headquarters.

Once the order is received to prepare long-range strike capabilities for Iran, a clear working plan is formulated and implemented. This means synchronizing the preparation efforts both internally and externally with other branches of the military to ensure that this directive results in new operational capabilities.

The ability to refocus around a new directive has existed in the IAF for many years, but when a new mission is defined, especially one that falls outside of the annual and multi-year working plan, special new measures are required.

Creating new operational readiness against Iran obligates the IAF to make significant changes to its current working plan. These include changes to operational capabilities, force build-up processes, weapons systems, ammunition, and intelligence, both within the IAF and in the wider Israeli intelligence community, which must be well synchronized with the IAF’s intelligence units.

Personnel resources and budgetary prioritization are all significantly affected by this directive.

All of these elements have to be oriented toward the mission of building a working plan that allows a suitable level of readiness within a given schedule.

Iran falls under the 1,000-mile mission range—a very long flight range that requires myriad steps in various domains. This means that the IAF has to stretch its abilities to the maximum in terms of intelligence, flights, the ability to deal with threats on the way, and weather forecasts (since the length of the journey to Iran means that the weather can change by the time aircraft arrive at their destinations).

Intimate knowledge of Iran’s weather in all four seasons and the months and days of the year are factored into the hours that could ultimately be selected for the attack time.

But following Iranian television weather forecasts isn’t enough. What’s necessary is being familiar with the weather conditions throughout the entire flight and the duration of the activity. Iran is a big country with varying weather conditions.

On the intelligence front, the entire intelligence community must be activated to ensure a good understanding of the relevant sites and threats, and the many changing conditions—including Iran’s air defense systems—and the nuclear sites themselves.

Such a mission means that aircraft will be operating on the edge of their fuel capacity—an observation that helps explain the complexity of the mission. The aircraft will always be on limited fuel supplies on such a mission.

Meanwhile, flight crews and their supporting arrays, including flight controllers, have to build a deep understanding and drill the potential scenarios and responses to them, including the ability to amend situations. All of this represents stretching the IAF to the limits of its capacity.

Deciding which munitions to take and knowing what their abilities and limitations are forms another critical part of the planning.

In addition, flying to such ranges is not a matter of being in the air for an hour, meaning that adversaries will likely have opportunities to detect the attack and prepare accordingly. This means that the IAF must not assume that it can conduct a surprise attack.

The question of whether one wave of aircraft or two will be used is a key factor. If the answer is more than one, the element of surprise would become irrelevant for any subsequent wave of aircraft.

Enemies that are prepared for attack form a much more complex challenge compared to a successful surprise mission, such as the morning strike waves conducted by the IAF at the outset of the 1967 Six Day War on Egypt.

All of this means that the most meticulous planning and drilling are required, including the ability to adapt the plan during its design phase to reflect changes in enemy capabilities and in Israel’s own capabilities, such as new weapons coming online.

The challenges are great.

In addition, the IAF’s directive of being ready for Iran also impacts its day-to-day gray zone campaign against Iranian entrenchment in the Middle East and its readiness against existing adversaries such as Hezbollah in Lebanon and the Palestinian terror factions in Gaza.

Modular, phased planning is designed to safeguard immediate readiness to defend Israel’s skies and to ensure they are not abandoned for a single minute.

In addition, preparing such capabilities—platforms, ammunition, intelligence-gathering, the most accurate weather forecasting, and maintenance—improve the IAF to a great extent.

Ongoing training and sharpening of dilemmas at the longest range mean that the IAF will be better prepared for every kind of mission and will further optimize its ability to find solutions to operational and intelligence questions.

The IAF’s core abilities in other arenas, be it in Gaza, Lebanon, or the gray zone campaign between the wars, are subsequently adapted and improved, and the IAF’s muscle memory gets stronger.

Hence, from the moment that the directive was received by the IAF, it began a process that improved its basic readiness significantly and improved its ongoing operations.

Ultimately, the complexity involved in planning for such a challenging long-range mission and synchronizing all of the required efforts is enormous, yet fully within the IAF's scope. The IAF will plan the mission and drill it, becoming better as a whole, while also not abandoning its continuous missions.

Brigadier General Avishai Levi (IAF, Ret.) is a publishing expert at The MirYam Institute. He was Head of Intelligence and Reconnaissance for the Israel Air Force during Israel's 2007 destruction of the Syrian nuclear reactor.