While the Iran Deal Languishes, Iranians and the World Suffer 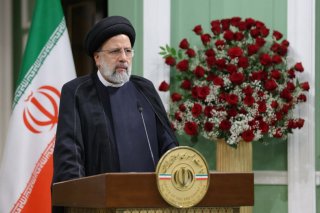 After eight rounds of discussions on the revival of the Joint Comprehensive Plan of Action (JCPOA) over the last year, the latest talks in Doha between Iran and the United States with European Union mediation have ended without a compromise. Indeed, almost a year and a half into President Joe Biden’s administration, despite signaling an inclination to resurrect the 2015 deal, there is no sign that a breakthrough is imminent; rather than sanctions being lifted, the United States is threatening to tighten sanctions against Iran. For its part, the Iranian side, which remained engaged long after the other parties defaulted on their commitments, gradually expanded its nuclear program, reaching the verge of its zero-breakout time.

Western policymakers and media mainly focus on the possible nuclear crisis, but this struggle has critical humanitarian dimensions normally absent from the policy discussions in the United States and European Union. These concerns related to the core values of liberal democracy—namely environmental sustainability, social justice, and human rights—when taken into account, might change the calculus regarding the salience of seizing the moment and opening up the window for a compromise to prevent a full-fledged global crisis.

To begin with, the energy markets have changed fundamentally since former President Donald Trump left the deal and imposed strict sanctions on the Iranian oil and gas industry. The under-supply of Iranian energy reservoirs did not affect world markets at first due to the global recession resulting from the Covid-19 crisis. However, it exacerbated the situation for ordinary Iranians who had to endure the impoverishing effects of sanctions and coronavirus at the same time. But oil prices are currently experiencing a record high, imposing inflation and economic hardship on vulnerable communities worldwide. The World Bank predicts an additional 75 to 95 million people will be in poverty this year due to the recent Ukraine conflict, inflationary pressures, and Covid-19. This, in combination with the resurrection of coal power generation, endangers the achievement of global sustainable development goals regarding poverty reduction and decarbonization. Ironically, despite this troubling reality, world leaders have been reluctant to correct Trump’s misguided violation of Security Council Resolution 2231 by imposing unilateral sanctions on Iran, the country with the second greatest natural gas reserves in the world. Along with an estimated supply of 1.5 million barrels per day (b/d), the mere injection of Iran’s floating storage of more than 87 million barrels can partly appease the current tensions in energy prices.

Furthermore, as part and parcel of JCPOA discussions focus on the non-proliferation and oil industry, the effects of sanctions on ordinary Iranians are mostly neglected. According to the latest version of the Poverty Monitor report that was published in August 2021 by the Iranian Ministry of Cooperatives, Labour, and Social Welfare, the poverty rate has increased from 22 to 32 percent throughout the Iranian calendar year—meaning that 26.5 million Iranians are living below the poverty line. According to the same report, the inflation rate during the same period has been 49 percent, a record high during the last two decades. The report further points out that one million jobs have been lost during this period. Additionally, a recent open letter co-authored by sixty-one Iranian economists warned that the poverty rate has extended to 40 percent of Iranian households in 2021. In addition, according to the Statistical Center of Iran, the country’s point-to-point inflation rate from mid-May to mid-June has been 12.1 percent, showing a 52.5 percent increase. The situation exacerbates each day under the shadow of sanctions.

These trends have to be contrasted with the Iranian government’s records before the introduction of nuclear-related sanctions. The Iranian government had succeeded in reducing the poverty rate from over 20 percent in 2000 to less than 10 percent in 2010 and managed to keep inflation under 10 percent for two years following the enforcement of the JCPOA when the economic and political pressures from the west were partially lifted. In 2018, when Trump left the deal, the Iranian economy switched from GDP growth of 13.4 percent to minus 6 percent.

There are reasons to believe that these macro-economic shocks hit the most vulnerable parts of society the hardest. For example, a recent report published by the Iranian Statistics Center unravels the highly unequal effects of inflation among different income groups. That food prices alone have shockingly risen 52.3 percent requires Western parties to the JCPOA to rethink their Iran policy on the grounds of humanitarian and social justice considerations.

European partners to the JCPOA have accused Iran of not seizing the opportunity to conclude the deal while a return is still possible. But it should be noted that the external pressures during the past years (particularly threats from the Trump administration) have undermined the Iranian decisionmaking system’s capability to accumulate the preferences of the political elite and make hard decisions on the sanctions relief negotiations. Furthermore, Iranian decisionmakers have been stung by the fact that the Trump administration left the deal after they fulfilled their side of the bargain. This has made it more difficult to form a pro-deal coalition among the Iranian foreign policy technocrats and security advisers who are seated in various institutions across the commanding heights of the Islamic Republic. However, the devastating effects of sanctions on Iranian citizens’ welfare, the country’s sustainable development, and other parts of the world cannot be taken for granted. Therefore, to prevent a full-blown tragedy, it is imperative for the Western parties to the JCPOA to reconsider their Iran deal strategy in line with the values of social justice and human rights, show more flexibility, and take the necessary steps to rejoin the deal while this limited window of opportunity remains.

Behnam Zoghi Roudsari is a researcher and policy analyst in Development Studies Center at ACECR in Tehran.