Who Makes the World's Best Guns? Glock? Sig Sauer? We Made 5 Picks. 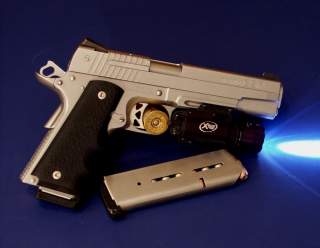 One of the oldest names in American firearms, Smith and Wesson was founded in 1852. From the early Volcanic lever action pistol to the current M&P series of polymer, striker-fired handguns, Smith and Wesson has continually produced pistols over its 165-year history.