Whoops: In 1984, a Soviet Sub Crashed into the U.S. Carrier It Was Tailing 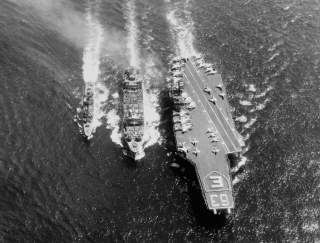