Why the 6MM Creedmoor Cartridge Has Been a Winner 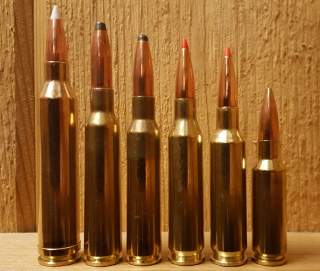 Key point: The 6.5 Creedmoor is new but also well-received.

The 6mm cartridge is a new entry to the shooting world, but has been winning target competitions and bringing down animals at a high rate since its introduction.

A relatively recent iteration of the 6mm was the 6.5 Creedmoor (CM), which we reviewed and compared to the 6.5 Grendel in a previous article. With an increasing interest in tactical and long-range shooting, 6mm rounds have become quite popular, despite the fact that they have been circulating in the market for some time. The 6mm Creedmoor is just one of several new cartridges developed to try to improve on the older 6mm rounds and cater to a rapidly growing field of marksmen.

As the 6mm Creedmoor is a new and relatively unexplored addition to the shooting world, a lot of people are still experimenting with the cartridge. Without a great deal of information on the performance and efficacy of this new Creedmoor, people are becoming more interested in discovering the possibilities of this newcomer cartridge. Everyone is trying to find the answer to the question of its true potential. Amidst all of the acclaim it has received in the world of long distance competition, the 6mm CM is beginning to prove just how much potential it has to bring to the hunting sphere as well.

It’s been a decade since the 6.5 Creedmoor was first released onto the world of shooting and it’s now an extremely popular round chambered by almost every major rifle manufacturer. While it steadily rose in popularity to become what it is today, its claim to fame led to the development of another cartridge – one well known in precision rifle matches and now finding a home in the mainstream shooting and hunting markets: the 6mm Creedmoor.

It was an article on wildcat cartridges written by John Snow for Outdoor Life, shortly after the initial release of the 6.5 Creedmoor, that led to the creation of the 6mm Creedmoor. He worked with George Gardner of GA Precision to build the rifle for the article. Hornady also provided a reamer, custom reloading dies, and brass cases. The article was eventually published in 2010, and since then, Snow has continued to use the rifle and cartridge in various hunts and shoots.

A few years after constructing the rifle for the article, Gardner took another look at the cartridge to gauge its usefulness in precision rifle matches. Hornady started producing cartridge cases for GA Precision to distribute and in only a few years it became the number one caliber in the PRS (Precision Rifle Series) and remains there still.

After a while, Hornady added the 6mm Creedmoor cartridge case to their catalog and in the Fall of 2016 loaded ammunition was offered with a 108 grain ELD Match bullet. Since then, the catridge has been chambered by a large number of rifle manufacturers for both match and hunting purposese. In April of 2017 Hornady announced a brand new 103 grain ELD-X bullet and loaded ammunition for the 6mm Creedmoor in their Precision Hunter lineup.

Many of the same features that made the 6.5 Creedmoor successful are present in the newer 6mm version. Both share an efficient case design that not only leaves room for seating long, heavy bullets without stealing space from powder capacity, but also manages to maintain a C.O.L. (cartridge overall length) compatible with short action rifles and AR-10 magazines. The same cannot be said for similar cartridges based off the .308 Winchester case like the .260 Rem and .243 Win. While they can be loaded with heavy-for-caliber bullets, this generally requires them to possess a longer action or means seating the bullets farther into the case than one would optimally desire.

The strict specifications of both the cartridge case design and the chamber dimensions minimize the in-bore yaw by allowing the greatest handoff potential for each bullet. It also carries a case size that can be appropriate for burning up an entire charge of excellent performing powders.

This is incredibly important as it reduces accuracy degradation from the inclusion of excess powder and gasses (ejecta) around the bullet as it leaves the bore. The standard barrel twist rate for the 6mm Creedmoor is 1:7.5” whereas the standard for the .243 Winchester is a 1:10” twist. While the .243 Winchester has proven itself to be a perfectly capable cartridge over the years for hunting small to medium size game, a custom, fast-twist barrel, and possibly a longer action, are needed to effectively use bullets over 100 grains.

The 6mm Creedmoor actually began gaining popularity not in the precision rifle match world, where it is probably best appreciated now, but in hunting done in fields and woods. One of the features that makes it popular in PRS style matches will likely also add to its popularity in the hunting field and as a chambering for a Scout rifle.

Precision rifle match shooters have shifted to using 6mm’s like the Creedmoor, 6×47 Lapua, 6mm Dasher and the like, because they’ve been proven to have the best mix of high BC (ballistic coefficient) and low recoil, allowing shooters to see their hits clearly and adjust as needed.

While the 6.5mm bullet options offer even higher BC’s for bullets in the 130 to 147 grain range, the 105 to 110gr 6mm’s reduce recoil just enough to make spotting hits much easier, while still retaining their relatively high BC’s. Some great examples of this are the Hornady 108gr ELD Match bullet and the 103gr ELD-X. With muzzle velocities of 2,960 fps and 3,050 fps respectively, these are flat shooting, low-recoiling, and accurate cartridges.

Hunters will find the new 103 grain ELD-X bullet incredibly useful when hunting small to medium sized game. The lower end velocity threshold for expansion on ELD-X bullets is 1,600 fps, which, at a starting muzzle velocity of 3,050 fps, takes your shot out to 900 yards at sea level or out to nearly 1,100 yards at 5,000 feet elevation. All you’ll need is a good long range scope to go with it.

The ELD-X bullet is designed to still provide controlled expansion (without blowing apart) for traditional closer-range shots. Hunters after pronghorn and deer now have an exceptional, fresh option for their hunts and predator hunters who’ve grown tired of new “educated” coyotes that are reluctant to come in to calls have a perfect 6mm option with low drag bullets for reaching the distance easily.

The 108 grain ELD Match bullet has a profile similar to the 103 grain ELD-X, but it is not designed for controlled expansion. This inevitably leads to a much thinner jacket, which means there is more room for lead, which finally means an increased weight. Despite this, in its first year of being introduced, it is already proving highly successful in PRS series matches.

All in all, the new 6mm Creedmoor cartridge looks to be off to a running start following its release. Already having proven success with multiple wins at precision rifle competitions, the 6mm Creedmoor will undoubtedly rise to acclaim in the world of hunting as well before long.