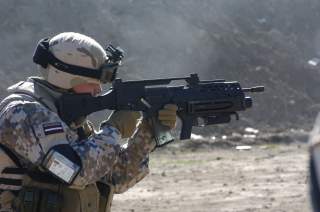 The AG36’s greatest strength proved to be its adaptability. In 1995, H&K offered a variant for the British L85/SA80 rifle.