Why Allocating ICU Beds and Ventilators by Age Is Morally Wrong 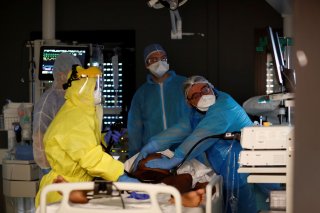 As the COVID-19 pandemic has increased the demand for intensive care unit (ICU) beds and ventilators, healthcare systems around the world are looking for ways to allocate these life-saving resources. A decision-support tool for NHS staff adds points for age, frailty (depicted with stereotypical images of elderly people), and existing health problems (also correlated with age) to determine who gets an ICU bed first. Doctors in Italy, Spain and Sweden have also been prioritising younger over older patients. But is this treatment morally acceptable?

Doctors are not alone in thinking that age can be a legitimate criterion for treating people differently. After all, age is correlated with cognitive ability, including the ability to make sound judgements, which is why we use it to deny children the right to vote and we force airline pilots and air traffic controllers to retire early.

But what characteristic does age correlate with when it comes to rationing life-saving treatments during a pandemic? Bioethicists argue that poor prognosis based on “current and underlying disease” should be the main allocation criterion for treatment during a crisis. If age correlates with this, then using it is not discriminatory.

Yet the fact that age is a reliable proxy for a poor prognosis isn’t enough to make it a legitimate criterion for treating someone differently. Both sex and race are reliable indicators of poor prognosis for COVID-19 patients. Males consistently make up over 60% of COVID-19 deaths. And in Chicago, Illinois, 59% of the people who died from the disease were African-American. It would be morally unacceptable to use sex or race for rationing urgent care, regardless of how accurate they are as proxies.

So why do we think using age is morally justified? Age may be treated differently from sex or race because people move in and out of age groups throughout their lifetime. If an age group is worse off than others, this isn’t necessarily a problem as everyone’s turn at being discriminated against comes at some point.

One way of defending treating people differently based on age is to say that all people should be offered equal opportunities to pass through the stages of life, from childhood to old age. This is in line with stories of elderly coronavirus patients asking doctors to give their ventilators to younger patients as they have already lived a good life.

Presumably, these are the kinds of experiences that make the different stages of life worth going through. And while for some these experiences may happen early in life, for others they happen later. To deny them to all because most have gone through them at the “right time” is to deny the diversity of human life paths.

Still, treating people differently based on their age group today can be a way of treating people equally across their whole lives. A rule that prioritises under-65s for life-saving resources would not be treating over-65s unfairly because they, too, were prioritised when they were younger.

But such a view assumes that the resources one has access to remain the same over a lifespan. What you are entitled to in virtue of the right to healthcare changes as technological advancements and the reach of healthcare policy change.

A 76-year-old British male will not have had access to universal healthcare for the first four years of his life, before the NHS was founded (1948). The odds that someone in his generation would die within their first year were higher than they are today. Also, as ECMO (a way of adding oxygen to blood) was not widely used in adults for the first 65 years of his life, denying him access now does not accomplish equality but exacerbates the inequality of being born before key technological advancements.

Allocating life-saving resources based on age does increase efficiency. Still, the scarcity in the healthcare system we now have to contend with is not a fact of nature, it is the result of social and political choices. To shift the burden for inadequate planning onto the elderly is to make age-group membership a liability. This is the essence of wrongful discriminatory treatment.