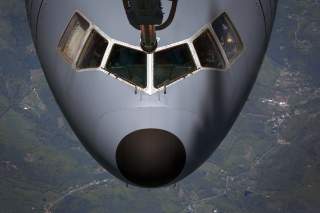 President Trump’s recent declaration of a new Space Force was met with ridicule in many quarters. Yet, the reality is that the United States does urgently need a dedicated military space branch that is separate from its Air Force.

While the United States has somewhat neglected its space program over the past twenty-five years, China has escalated its efforts in this area, including launching numerous manned space flights, landed a rover on the moon, and deployed multiple unmanned space stations. This has spurred a regional space race with India, Japan, South Korea, North Korea, Taiwan, and Iran and more besides. The goal for the most ambitious of these states is not merely to equal American accomplishments, but to push past them, including establishing permanently manned space stations, landing astronauts on the Moon and Mars, and building lunar habitations. If achieved, these feats could knock the United States out of the lead in space for the first time since Soviet Cosmonaut Yuri Gagarin orbited the earth in 1961.

The rise of these competitors poses real challenges for the United States, including most worryingly a possible militarization of space by unfriendly forces. China demonstrated this peril in 2007 when it used a satellite killer to destroy one of its own satellites, raising the possibility that it could deploy a battery of these kinetic kill vehicles to paralyze America’s communications grid in a future war.  This is merely the tip of the iceberg of what China and others could do if they are allowed to dominate space, including constructing orbital missile platforms that could be used to intimidate or even attack the United States and its allies.

Resource competition is also a major concern, with the need to locate and tap into alternative resource pools becoming increasingly important as the world burns ever more rapidly through its remaining natural resources. The potential for the harvesting of metals, minerals, water, and other materials from the moon and asteroids by states such as China and Japan could begin as early as 2025. If the United States lags behind its rivals in building the capacity and human expertise in this area, as well as in protecting its own efforts to conduct this kind of resource harvesting, this will have a ripple effect on its ability to maintain its superpower status, both in space and terrestrially.

Finally, terrestrial communications increasingly depend upon Global Navigation Satellite Systems. America has possessed relative hegemony in this area through its Global Positioning System for decades, but this is now coming under fire from the new Chinese Beidou, European Galileo, and Russian GLONASS systems – with Japan and India in close pursuit. American can ill afford to risk having its systems potentially compromised should one or more other powers decide to try to shut its communications network down once their version is fully operational.

The United States needs to protect its interests and prevent other states from achieving dominance in space. It cannot depend upon international law acting as a check against the potential overreach and aggression of other states in this domain. One reason for this is that most space laws were drawn up during the Cold War and, as a result, are often vague towards current day issues or omit them altogether. This provides considerable leeway for the rising space states to act aggressively under the pretext of operating in legal grey zones, even if their actions go against the spirit of the law.

Even in those cases where the law is clear, the new space states may break it to achieve particularly high priority goals (even if they will never acknowledge their acts as breaches of the law). History is plagued with examples of these violations on earth, such as the recent Russian illegal annexation of Crimea and China’s decision to disregard the 2016 ruling by the International Court of Justice against its activities in the South China Sea. There is no reason to believe that states that have placed their strategic interests ahead of the law on earth in the past are likely to behave any differently in space in the future.

The limitations of international space law, along with the likely willingness of the rising space states to disregard it when advantageous to them, means that the United States needs to supplement its respect for the law with the maintenance of an effective military space force. This is essential for helping it to protect and advance its interests in space, as well as to avoid falling behind its rivals.

Some analysts might agree with the above points but argue that this force requirement can be best met by maintaining America’s military space assets inside its Air Force.

This was the same logic that was advanced regarding the Air Force itself during the early 20th century, at which time America’s air assets were housed primarily in the Army and to a lesser degree the Navy. Keeping America’s military air assets split between the Army and Navy was a bad idea because it inherently shepherded the use of air power towards the accomplishment of ground and maritime goals. This prevented America’s air power from achieving its full potential by hampering the appearance of a more comprehensive approach towards airpower at tactical, operational, and strategic levels, often referred to as “Air-Mindedness.” The narrow-sightedness of this approach was finally recognized and corrected in 1947 when the U.S. Air Force was created as a separate branch.

Today, most of America’s military space assets operate as Air Force Space Command in the United States Strategic Command (USSTRATCOM). This places them as a branch of the Air Force, operating under a broader combined command that involves seven different mediums. This may be admirably inter-service in intent, but subordinating America’s military space assets to other entities in this way limits the ability of space power specialists to develop a “Space-Mindedness” in the same way that keeping America’s air assets within the Army and Navy hindered the development of “Air-Mindedness.” This curtails America’s space assets from being able to concentrate on pivotal new space challenges, such as space-to-space (rather than just space-to-ground) interactions with rival powers and the defense of American military and civilian equipment in orbit and beyond.

America’s military space assets have also been bedeviled by a constrained ability to represent their importance to the government and the public directly. Despite protestations that the Air Force already does space, it allocates surprisingly few resources to this area: Space Command consists of just 38,000 personnel and an estimated budget of $25 billion. This can be compared to an overall Air Force tally of roughly 320,000 personnel and $155 billion. By standing as an independent agency, the Space Force could lobby more effectively for space to feature higher on the Pentagon’s agenda and for it to be allocated the budget that the domain deserves.

Despite these advantages, considerable opposition has been voiced against moving America’s military space assets out of the Air Force. It is worth bearing in mind, however, that considerable clamor also broke out against the idea of an independent Air Force before 1947.

Some of the backlash is probably fuelled by the well-known maxim that government agencies inherently resist efforts to slim themselves down. Resistance also likely stems from a habitual attachment to known structures and systems, along with the other inevitable causes of reticence towards change that afflict most organizations facing major shake-ups. These reasons are insufficient to reject the creation of a separate Space Force, but they do speak to the need for the transition to carefully planned and sensitively handled.

There is also a fear that an independent Space Force might become parochial and that coordination between the new agency and the Air Force would suffer. This concern has some merit, but it is still flawed. When the Air Force was detached from the Army back in 1947, inter-service rivalries did occur, but the two branches have worked on ironing these out, and cooperation has improved. They certainly have a better relationship now than they would have done if one had continued to be hierarchically superior to the other. There is no reason to believe that an independent Space Force would abandon its ties with the Air Force, but the two agencies would want to acknowledge the concern and work to ensure that inter-agency coordination endures and even grows after the split.

We live in a world where China, India, and other powers are rushing to the Moon and beyond with their space programs. The United States cannot depend exclusively upon international space law to preserve its leadership in this domain, but must instead create an independent Space Force that can work holistically to protect and advance American interests in space.

Francis Grice is an Assistant Professor of Political Science and International Studies at McDaniel College in Maryland. He has a Ph.D. in Defence Studies from King’s College London (2014) and specializes in Asian Security Studies and International Relations. Recent publications include The Myth of Mao Zedong and Modern Insurgency (2018),  The Palgrave Handbook of Global Counterterrorism Policy (2017) and The Future of U.S. Warfare (2017).