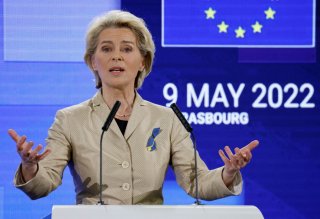 With an increasingly violent conflict raging in the heartland of Europe, much of the discussion has revolved around one question: how should European countries react? This is a tricky question, as it touches on a dilemma at the core of the debate on the role of Europe in the world: how can its interests best be secured?

European countries have relied on the security umbrella provided by NATO since the end of World War II. American troops are scattered around dozens of bases in Europe. In 2022, the number of American soldiers in Europe is estimated to be around 100,000—a figure more significant than the active military forces of twenty of the twenty-seven EU members.

This perceived dependence on the United States has been the object of a debate in Europe for years. The concept of strategic autonomy, which refers to the ability of the EU to pursue its own interests without relying on other nations, has now emerged. In essence, strategic autonomy would fashion Europe into a self-sufficient, geopolitical player, maintaining its transatlantic alliance but refusing to be a mere appendix of the United States.

The development of strategic autonomy, at least rhetorically, is in line with the pledge made by the current President of the European Commission Ursula Von der Leyen to advance towards a “geopolitical union.”

There are signals from many European countries that they can and will increase their defense spending and work toward a semblance of strategic autonomy. Shortly after his election in 2017, French president Emmanuel Macron gave a passionate speech at La Sorbonne University in Paris where he proved himself to be the staunchest defender of European independence. In March 2022, in response to Russia’s assault on Ukraine, German chancellor Olaf Scholz announced that Germany would increase its defense budget to 2 percent of GDP and make a significant $113 billion commitment to rearmament. Poland’s deputy prime minister, Jaroslaw Kaczynski, said on March 3 that Poland, which shares a border with Ukraine, will increase defense spending from 2.1 percent to 3 percent of GDP.

However, many U.S. academics and policymakers have been skeptical of Europe’s ability to defend itself. Furthermore, they doubt European countries’ willingness to increase defense spending, and whether the EU’s slow, deliberative decision-making is nimble enough to allow it to respond to urgent foreign and security policy challenges.

Despite this skepticism, Barry Posen found that even without the presence of the United States, NATO could successfully fend off a hypothetical Russian invasion of the Baltic countries. This should not be surprising: European countries in NATO spent around $280 billion in 2019, more than four times Russia’s spending—despite the fact that the average European state spends only 1.5 percent of GDP on defense, as opposed to Russia’s 4 percent. And putting raw numbers aside, the past months have shown that the flailing Russian military, with its disorganization, low morale, and logistical errors, is hardly an example of competence and strength.

Moreover, unwarranted American pessimism over European capabilities is coupled with the knee-jerk refusal by its foreign policy establishment to pursue a more restrained strategy toward Europe. It thus comes as no surprise that the rolling out of EU autonomy has been continuously hindered by successive U.S. administrations, supporting it only on paper. This supports a status quo whereby the United States complies to an endless commitment to defend Europe, keeping European autonomy in a permanently lethargic state, crippling its military and security capabilities.

There is widespread opposition to real European autonomy in Washington, out of concerns that it would be detrimental to U.S. global standing.

This is misguided. The fact is that the emergence of a truly autonomous EU would be beneficial for the United States. A self-sufficient Europe would allow for a more coherent articulation of a U.S. grand strategy focused on the Indo-Pacific, finally accomplishing the “pivot to Asia” announced by the Obama administration a decade ago. The formation of the AUKUS framework and the strengthening of the Quadrilateral Security Dialogue under the Biden administration epitomize the consolidation of U.S. interests in the Indo-Pacific, but this could be jeopardized if the United States remains bogged down in Europe.

Strategic autonomy would also allow for a gradual U.S. demilitarization of Europe. American soldiers have a duty to protect Americans and American interests, not serve as foot soldiers for other nations. Besides, EU-U.S. mutual disentangling in military terms would not convey a distancing in all other areas. The United States and an autonomous EU would still benefit from booming trade ties and cultural and educational bonds and would continue sharing common values.

The United States and Europe must use the conflict in Ukraine as an opportunity to raise Europe’s own defense efforts and establish the expectation that the United States will not always be the only guarantor of security in the Old Continent.

There is room for optimism, given that the EU is painstakingly moving towards an autonomous foreign and security policy with initiatives such as the Permanent Structure Cooperation (PESCO) or the Quirinal Treaty signed between the two countries with the largest militaries of the EU: France and Italy. Washington’s insistence on the need for a U.S.-led security framework due to European atrophy or lack of geopolitical ambition simply does not hold anymore. Europe can defend itself if the United States allows her to do so.

As French president Macron eloquently put it, the EU’s goal should be “to move from being a Europe of cooperation inside of our borders to a powerful Europe in the world, fully sovereign, free to make its choices and master of its destiny.” It remains to be seen if the Biden administration will live up to its pledges to push for European strategic autonomy, or if it will forgo the chance to chart a foreign policy more suitable to the world today.

Johnathan Little is a recent MS graduate from Georgia Tech, and a former intern at the Cato Institute. He is focused on issues related to Russia and other former Soviet republics.

Juan García-Nieto is a recent graduate from SOAS, University of London, and a former intern at the Cato Institute. He is focused on Euro-Mediterranean relations and the Transatlantic alliance.