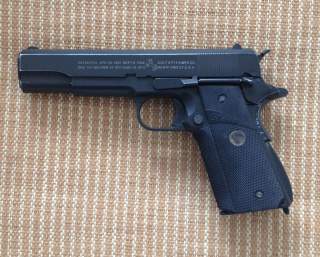 Key point: Ever since the 1911 pistol was invented, it proved very useful. It is no wonder then that it has continued to serve well 100 years later.

Kyle Mizokami is a defense and national-security writer based in San Francisco who has appeared in the Diplomat, Foreign Policy, War is Boring and the Daily Beast. In 2009, he cofounded the defense and security blog Japan Security Watch. You can follow him on Twitter: @KyleMizokami. This first appeared a few years ago.