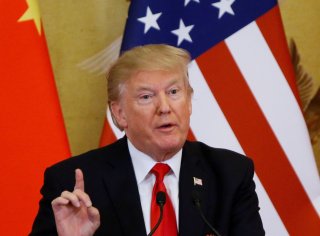 In a new compliance report released last week, the United States once again accused Russia, and now China, of violating the “zero-yield” standard or threshold envisioned under the Comprehensive Nuclear-Test-Ban Treaty (CTBT). While “zero,” “yield,” and “threshold” do not appear in the text of the CTBT, the United States, Russia, China, and other negotiating parties have always held the interpretation that the Treaty bans nuclear test explosions with any yield, anywhere.

The current U.S. administration’s vague and ungrounded claims pointing to possible Russian and Chinese “low-yield” nuclear testing are vexingly unsubstantiated and ultimately harm progress on arms control, strategic stability, and confidence-building. These thinly-supported claims are also counterproductive to American national security goals, especially as President Trump’s team continues to propose a “new generation” of trilateral arms control agreements that would include both Russia and China. Washington cannot achieve this important goal without producing pragmatic proposals to back its vision. Instead of using the common lack of CTBT ratification between America and China as an opportunity to take what would be a tremendously positive joint step, the U.S. administration is using it to spark increased animosity.

Many worry that the U.S. accusations have been made in less than good faith. Given the general lack of enthusiasm for the CTBT in the administration, it is difficult to conclude otherwise. For example, as one of the lead negotiating countries of the CTBT and the only signatory that pays a significant single share of the Comprehensive Nuclear-Test-Ban Treaty Organization (CTBTO)’s operational budget, the U.S. government has done a disservice to its own diplomatic record and financial investment by leaving out any mention of the Treaty in the report. Failure to even mention the CTBT, which is a cornerstone of global non-proliferation and disarmament architecture, sends a poor message to the international community about this administration’s sentiments towards the Treaty’s relevance and value.

With current tensions with China heightened over the COVID-19 pandemic, the information environment is ripe for some American lawmakers to mobilize the claim that China is engaging in “low-yield” nuclear testing as a tool to withdraw Washington from the CTBT altogether. However, the concerns are seemingly based on higher activity levels at the Chinese Lop Nur test site. If the same metrics were used, the same accusations could also be leveled against American activities at the U.S. Nevada test site. Senior Chinese officials have made it clear that alleged talk in the United States about “unsigning” the CTBT and American preparations to resume nuclear testing at a shorter notice have made consensus difficult amongst the Chinese National People’s Congress on the CTBT. While China says it is committed to ratification, these actions have made it far easier for China to put the onus back on America to break open the “log-jam” that is stagnating progress on the Treaty’s entry-into-force.

In contrast to the unclear claims against China, the new report explicitly asserts that Russia has conducted experiments that produced nuclear yield as the result of supercritical chain reactions. However, the United States “does not know how many, if any, supercritical or self-sustaining nuclear experiments Russia conducted in 2019.” Moreover, the Trump administration offers no numbers of violations, or evidence, for the other years since the CTBT was finalized in 1996. Russia, which ratified the CTBT a number of years ago, has wholly dismissed U.S. allegations with a similar tone to China’s reaction.

It has become clear that part of the issue is the semiotic slippage of what constitutes a “nuclear test.” U.S. accusations over “low yield” testing concern so-called tiny “hydro-nuclear” tests that involve explosively compressing plutonium or uranium to produce a supercritical chain reaction and a nuclear yield equivalent to only grams of TNT. Scientists have long described these tests as “tickling the dragon’s tail.” Unfortunately, hydro-nuclear tests with a nuclear yield below that of the high explosive used to detonate the physics package are possibly undetectable or at least indistinguishable from the subcritical–or “zero-yield”–tests technically allowed under the CTBT.

Thus, issues over “low-yield” nuclear testing are impossibly difficult to verify unless physical, on-site transparency inspections occur. In any case, hydro-nuclear tests of little to no nuclear yield are not going to provide Russia or China any militarily-significant advantages over America, and the utility of these tests varies based on previous test and design experience. In view of this, it is important to note that the United States, which has conducted more nuclear tests than any country, has no technical need for resuming any level of nuclear testing either.

One should not forget that the CTBT’s billion-dollar-plus, intricate array of sensors has exceeded expectations over the past two decades in its ability to detect nuclear tests anywhere and at any time. This was made clear when the International Monitoring System (IMS) detected a North Korean nuclear test with a yield of less than one kiloton in 2006. Twenty years prior to this, when technical experts were finalizing the parameters for the CTBT verification regime, they aimed at a global detection capability threshold of one kiloton. Since that 2006 test, the CTBT’s International Monitoring System (IMS)’s capacity has risen from less than 60 percent to 90 percent completion, continually improving its accuracy and agility along the way.

While hundreds of IMS sensors listen to rhythms emanating from all corners of the planet, any anomalies that may be a nuclear test are assessed in real-time by an international group of technologists and scientists. Cross-correlation methods can be used to pinpoint even low-yield tests, as seen in the aforementioned North Korea case, but the system is not completely infallible. Anxieties over “low-yield” nuclear tests are one of the many reasons why consultation and clarification, confidence building measures, and on-site inspections are key parts of the CTBT.

If these new accusations against China and Russia are meant to pave a path for a U.S. exit from the treaty, it is crucial that lawmakers and their national security advisors do not take Administration accusations at face value, but actually aim to understand the CTBT and its technical merits. Moreover, it is the job of the U.S. intelligence community to analyze activities that have implications for a country’s international obligations. If the intelligence community has information regarding Chinese or Russian activities that indicate behavior inconsistent with the CTBT, it should make it explicitly known. As has been done in the past, the Director of National Intelligence could appoint a panel of scientific experts from outside the intelligence community to review and report on whatever information, if any at all, underpins these claims.

All CTBT signatories, including all five major nuclear powers, share a responsibility to herald the treaty into force—a task which requires America and China to ratify. Without entry-into-force, the CTBTO’s international team of trained scientists cannot conduct intrusive, short-notice, and physical on-site inspections. Until then, it would be logical for the United States, China, and Russia to solve any concerns through the other options afforded to them under the CTBT. Russia has proposed transparency exchanges to the United States in the past, and America should respond positively and seek to include China in the development of a trilateral—or better yet, P-5 wide—protocol.

As previously suggested, increased trust could help lead to P-5 agreement on the provisional application of the CTBT and accompanying on-site-inspections in the event that the United States and China finally ratify the treaty. This is especially important if the treaty’s entry-into-force remains delayed by others. Such steps would offer the first tangible proposal for the “next generation” of arms that President Trump so desperately wants.

Thinly-supported accusations of Russian, and now Chinese, treaty-cheating based on “low yield testing” are perennial bad faith and counterproductive tactics that damage arms control and strategic stability. The United States must showcase commitment to finishing what it started by engaging in dialogue and ratifying the CTBT immediately alongside China. Only this will truly help unlock the Treaty’s full potential.