Why and How Russia Is Jamming American Fighter Jets Near Iran 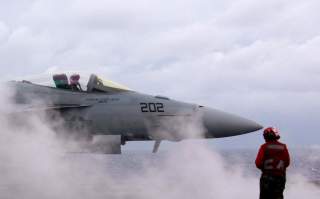 Key Point: All powers like to use proxy conflicts to test out new weapons and Russia is no different. Moscow is seeing how well its jamming equipment fares against America's planes.

David Axe serves as Defense Editor of the National Interest. He is the author of the graphic novels  War Fix, War Is Boring and Machete Squad. This first appeared in July 2019 and is being republished due to reader's interest.