Why Are Chinese Weapons Used so Frequently in the Middle East? 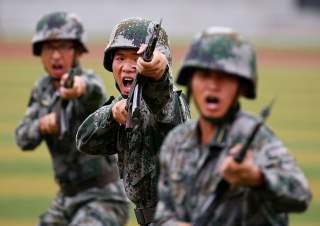 Key point: Knock-off Chinese weapons are used in many battlefields.

Charlie Gao studied Political and Computer Science at Grinnell College and is a frequent commentator on defense and national security issues. Special thanks to Calibre Obscura for assistance on this article. This first appeared in Feburary 2019.