Why Are Some Wars More Destructive than Others? 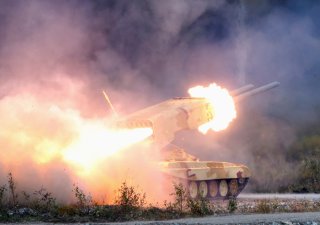 In the past month, we have watched, with mounting horror, dozens of videos of war brutality from the middle of Europe. Women, children, and even young babes have been killed, mass graves have been dug and other acts of humanitarian tragedy abound.

Two years ago, there was another war: one between Azerbaijan and Armenia, which lasted forty-four days. Though it was a brutal and intense clash between two conventional armies, the civilian casualties then were much less than what we’re witnessing in the ongoing war in Ukraine. This has provoked something of a debate among foreign policy circles: given what we’re seeing right now in Ukraine, why was the war between Azerbaijan and Armenia so “clean” (i.e., why did the conflict have such a low rate of civilian causalities)? What lessons can policymakers and military planners derive from this?

In armed conflicts, the rate of civilian mortality (also known as the civilian death ratio, the civilian-combatant ratio, et al.) is the ratio of civilian casualties to combatant casualties or total casualties. It is a way of measuring how destructive any given conflict is. For reference, consider a popular myth in the late 1990s: in 1900, historical wars killed one civilian for every eight soldiers, while (then) contemporary wars were killing eight civilians for every one soldier. These numbers were regularly cited in academic publications and UN documents.

However, according to a recent study, the rate of civilian mortality (the civilian-combatant ratio) varies from 13 to 87 percent in wars. The same study underlines that previous studies have reported a civilian casualty rate of 65 to 70 percent of the total casualties in a war. The study also found the civilian death rates from the recent conflicts: 28 percent in Afghanistan, 28 percent in Syria, 36 percent in Pakistan, and 67 percent in Iraq.

With those numbers in mind, let us consider the recent conflict in Azerbaijan and Armenia. The forty-four-day war in 2020 resulted in the deaths of sixty Armenian civilians and 100 Azerbaijani civilians, according to the official reports of both sides. In addition, 416 civilians from the Azerbaijani side and 165 civilians from the Armenian side were injured. The casualties among military personnel from both sides amounted to at least 10,000. This means that the civilian casualty rate in the war between Azerbaijan and Armenia in 2020 is unprecedented: below 2 percent. This rate might have been even lower if Armenia hadn’t launched a number of unlawfully indiscriminate rocket and missile strikes towards Azerbaijani population centers, including Ganja (100 kilometers away from the conflict zone), Barda, Gashalti (near Naftalan), and Qarayusufli, resulting in a total of seventy-two deaths. These deaths were recorded and documented in reports by Amnesty International and Human Rights Watch.

What explains this relatively low casualty rate among civilians in the forty-four-day war? Evidence suggests that it was because all military operations were conducted within the occupied (and internationally recognized) territories of Azerbaijan against the occupation forces of Armenia. Additionally, all of the Azerbaijani army’s targets were limited to the conflict zone, with military operations concentrated only in those areas where, historically, Azerbaijanis were in the majority from where they were expelled twenty-eight years ago.

This means that, despite all its military advantages, the Azerbaijani army did not enter areas in Karabakh where Armenians are densely populated. Likewise, no critical infrastructure or residential buildings where Armenians are densely populated were seriously damaged. Despite the numerous long-range missiles launched from Armenia at Azerbaijani residential areas—causing the majority of the total civilian death toll—Azerbaijan hit back only one legitimate target within the internationally recognized territory of Armenia. It should be added the target in question was a solely military target, far from any residential and civilian area. Not a single bullet entered or rocket exploded in civilian and residential areas within Armenia proper.

By comparison, the war in the 1990s was much more brutal for civilians in Karabakh, with thousands killed and thousands still considered missing—and this doesn’t include the around one million people became internationally displaced persons. For instance, a single incident—the February 25, 1992 massacre in the town of Khodjali—resulted in the deaths of 613 women, children, and elderly civilians. The recent return of Kalbajar to Azerbaijan has enabled authorities to uncover mass graves and new facts about a similar tragedy of that took place in Bashlibel. The newly discovered mass graves, along the testimonies of the witnesses, demonstrate that the scale of deaths and human rights violations in the 1990s was much more than it was documented.

Unfortunately, the aforementioned, well-documented facts about the 2020 war are intentionally neglected in the international discourse. Instead, we see baseless accusations about “genocide,” “massacre[s] of civilians,” and “indiscriminate shelling against civilians.” In fact, without any pretext and biases, the forty-four-day war is, whether one likes it or not, a very good example of international humanitarian law and modern warfare, demonstrating how modern warfare can be conducted with minimum civilian casualties, while adhering to ethical codes and persevering human dignity.