Why Are There so Many People Running for President? 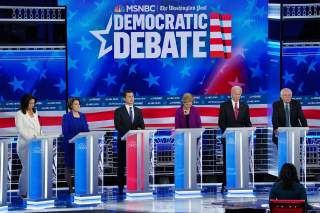 When Deval Patrick, the former Governor of Massachusetts, threw his hat into the ring last week, he joined a sizeable slate of Democratic candidates seeking the presidency. Depending on how one counts, there are 16 to 18 serious Democratic candidates. Last week, 10 of them shared the debate stage for the fifth official Democratic primary debate.

But it turns out that these numbers don’t begin to tell the true story of many Democratic candidates are actually running for the nation’s highest office. Ballotpedia, compiling data from the Federal Election Commission, reported recently that 291 Democrats have filed paperwork with the Federal Election Commission to run. Last Thursday, former New York City mayor Michael Bloomberg was one of them when he officially filed his statement of candidacy with the Federal Election Commission. It is not clear that he has made a final decision about running. Of course, there’s a lot more to it than simply filing a single federal form — there are state forms, too.  New Hampshire’s filing deadline for its Democratic primary was November 15. Between November 1 and 15, 28 people filed with the Secretary of State’s office there to run.

In addition to the nearly 300 Democrats running for president, there are at this writing 142 Republicans, 43 Libertarians, and 19 Greens.

This article by Karlyn Bowman first appeared in 2019 on the AEI Ideas blog.