Why Are Titanium Submarines So Hard to Build? 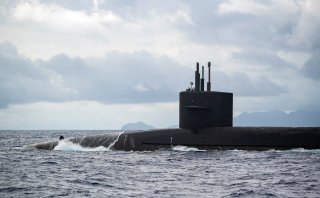 The United States and the Soviet Union each developed a nuclear triad during the Cold War. The triad was composed of nuclear-equipped bombers, nuclear missiles, and nuclear submarines. Of the three, submarines were perhaps the most dangerous. Unlike the two land-based legs of the triad which could theoretically be struck preemptively, submarines were constantly in motion. They were equipped with nuclear missiles and could come close to a target nation’s coast undetected before launching its missiles and retreating. For this reason, building fast, durable, and quiet submarines was an essential part of the Cold War. The Soviet Union devoted enormous resources to achieving that feat.

During the 1960s, the Soviet Union pioneered the construction of submarines from titanium, rather than conventional steel. Titanium is both stronger and lighter than steel, giving the Soviet submarine, the Alfa, significant advantages over NATO equivalents. The Alfa submarine could go both faster and deeper than any U.S. submarine with less noise, and initially, the Navy had nothing with which to match it. Rather than attempting to replicate the success of the Alfa, though, the Navy devoted additional resources toward countermeasures against it, including the Mark 48 torpedo, which was thought to be fast enough to catch it.

In hindsight, the decision not to replicate the Alfa was wise. In its submarine construction program, the Soviet Union had a massive advantage over the United States and NATO: it had abundant access to abundant titanium ore, which the United States did not have much of. Metal needed to be secretly exported from the Soviet Union through front companies by the Central Intelligence Agency to build the famed SR-71 Blackbird. This was an implausible arrangement for a far larger submarine hull. Even the Soviet Union struggled to supply its fleet; in 1968, an estimated 1 percent of its GDP was devoted to fabricating a single prototype for a second titanium submarine, the Papa-class.

Securing the titanium was only half the battle; once it was safely in American hands, it would need to be shaped with an entirely different set of tools, a challenge that the designers at Skunk Works had discovered through grueling trial and error during their work on the Blackbird. Design imperfections on titanium destined for a submarine would have enormous ramifications, due to the intense pressure that would be exerted on the metal; if not fabricated perfectly, the consequences could be catastrophic, and extra attention (and therefore extra expense) would have needed to be paid to ensuring total quality.

Rather than develop such a program, U.S. naval strategists opted to improve their countermeasures instead, which was exponentially cheaper. This was a wise decision.