Why the B-21 Stealth Bomber Could Change Everything 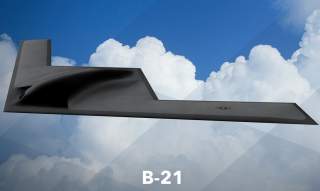