Why Bernie Sanders Is Done 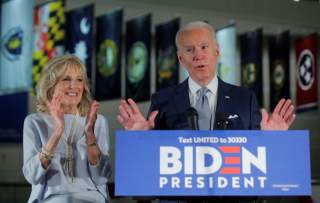 The March 10 Democratic primary results highlight the power of the African American vote.

While African American voters are not a monolithic group, the majority lent their support to Biden on March 10. There are many factors that account for this decision. Many African Americans believe that Biden will extend the legacy of former President Barack Obama. Others are lukewarm towards Sanders because of what they perceive as the senator’s emphasis on economic inequality over racial injustice.

These concerns, among others, guaranteed Biden’s lead on Super Tuesday, and they guaranteed his lead last night. The African American vote has now paved the way for Biden’s success.

This is most evident in the state of Mississippi, where African Americans represented approximately 75% of the Democratic primary vote, the highest rate of any state to date. Despite a significant endorsement from Mayor Chokwe Antar Lumumba of Jackson, Mississippi, Sanders managed to win only 14.9% of the black vote in Mississippi. Biden won a whopping 81%.

Looking ahead, it is unlikely that Sanders will be able to secure enough delegates to seize the Democratic nomination. His inability to win over black voters will certainly guarantee this outcome. Much like the primaries of 2016, I expect Sanders will come close to a win – but not close enough.

Joe Biden’s post-South Carolina dominance continued in Michigan, the big prize yesterday with over one-third of the delegates in play for that evening. Obama carried Michigan in 2008 and 2012 as part of the Democratic “blue wall” in the Midwest.

Biden on Tuesday won 52.9% of the Michigan primary vote, securing 53 delegates. This is 14 more than Sanders, who won Michigan in 2016.

Turnout was up 30% compared with the 2016 primary. Biden leads all of Michigan’s 83 counties except for Ingham County, which is too close to call.

Biden’s strongest showing was among older voters, besting Sanders among those 45 and older.

In 2016, 79% of Michigan voters were over 30. Trump outperformed Hillary Clinton among this group.

During Obama’s second term, party affiliation among baby boomers (age 52 to 70) and the Silent Generation (age 71 to 88) shifted from evenly divided between the two major parties to decidedly Republican.

For instance, 53% of the Silent Generation identified as Republican in 2016, and 40% as Democrat. This was a complete reversal from 1992, when Bill Clinton was elected.

Republicans have already begun to frame Biden’s age, 77, negatively. But Biden’s appeal to older voters in swing states like Michigan and Florida could be key to the Democrats’ future.

The results of Idaho’s Democratic primary help illustrate how much the rules of an electoral contest can shape its story.

Heading into Tuesday’s presidential primary, there were two unanswered questions in Idaho.

First, it was the first time Democratic voters would be casting ballots in a presidential primary, after decades of caucuses. How much would Democrats switching from a caucus to a primary affect voter turnout? Second, would Sanders be able to replicate his decisive 2016 victory, where he won 43 of Idaho’s 44 counties, under a primary?

The answers: Turnout did dramatically increase, but Sanders did not get another win.

The move from caucuses to a primary this year followed long wait times across the state in 2016 and generally low voter turnout in the caucuses. Many states explored making this move following the last presidential primary cycle, because research shows that it improves turnout.

While a highly contested race certainly helped, Idaho’s switch from a caucus to a primary appears to have successfully increased voter turnout. In both 2008 and 2016, only 3% of registered voters in Idaho went to the Democratic caucuses.

With victories in Colorado, Utah and Nevada, the conventional wisdom heading into the night was that the Mountain West electorate favored Sanders.

As results came in, that proved incorrect. With substantially more voters participating in the primary, it made repeating the electoral landslide of the 2016 caucus more difficult for Sanders. Generally, his supporters are more committed to his success and thus more likely to wait in long lines to ensure that the caucus goes for him. In primaries, more casual voters are able to go in, vote and continue on with their day.