Why a Biden Administration Attack on Cryptocurrencies Would Be a Mistake 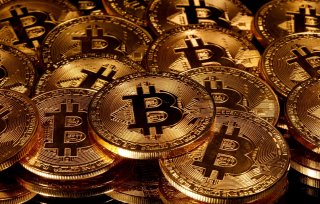 Yellen’s concerns are misplaced for several reasons. First, contrary to Yellen’s claims, most cryptocurrency transactions are used for legal transactions. Illicit purchases accounted for less than 0.5 percent of all transactions associated with Bitcoin, the most popular virtual currency, according to data from Elliptic, a blockchain analysis company. In 2019, an estimated $829 million in Bitcoin transactions were spent on illegal transactions, comprising less than 0.05 percent of global illicit payments (approximately $2.2 trillion) that year. Growing evidence suggests that cryptocurrencies like Bitcoin are gaining increased popularity—especially in emerging-market countries such as Nigeria and Turkey—because many consumers and savers perceive cryptocurrencies as a more stable alternative to national fiat (government) currency that carries high inflation rates.

Second, although cryptocurrencies are thought to be untraceable, that is not the case because most cryptocurrencies use a public ledger system known as blockchain that contains a history of all transactions. As a result, law enforcement officials and private investigators can use publicly available information to investigate illegal financing, which could then serve as the basis for subpoena and warrants. In U.S. v. Gratowski, the Fifth Circuit ruled in July 2020 that public ledger records from blockchain do not enjoy constitutional protections under the Fourth Amendment. Therefore, public cryptocurrencies—which include the most common virtual currencies such as Bitcoin and Ether—do not provide the anonymity that transnational terrorists and money launderers seek.

Already, the public nature of blockchain ledgers—along with analysis tools—led to the successful prosecution of several high-profile cases last year. In August 2020, the U.S. Justice Department “used third-party blockchain analysis and personally identifying information from virtual exchanges” to track and file charges against “al-Qassam Brigades (Hamas’s military wing) and donors linked with the jihadist group Hayat Tahrir al Sham in Syria.” Improved tracing technology also helped the Justice Department prosecute two Chinese nationals who laundered over $100 million in stolen cryptocurrencies from North Korea to China to support Pyongyang’s cyber operations. Due to the development of such tools, the most widely traded virtual currencies are increasingly ill-suited to illegal transactions.

That is not to say that law enforcement and national security agencies do not face challenges associated with virtual currency transactions. First, “mixers”—which divides a bitcoin into “many smaller transactions, and ‘mixes’ that in with other transactions from other people”—pose a challenge. However, as mixers fall under the federal Bank Secrecy Act’s jurisdiction, they are increasingly subject to investigation by the Financial Crimes Enforcement Network for alleged violations.

Second, unlike Bitcoin, Ether, and XRP, privacy-oriented cryptocurrencies such as Monero and Zcash do not use a public blockchain ledger. Therefore, transactions using these virtual currencies—which use a private ledger system—are harder to track. As a result, the Internal Revenue Service (IRS) is seeking private sector input to develop a prototype for tracing private-ledger cryptocurrency transactions. With recent advances in technology, the IRS and other agencies will likely gain access to monitoring tools to trace and identify suspicious private cryptocurrency transactions. The development of such technology will further discourage criminals and terrorists.

Furthermore, cryptocurrency issuers and exchanges are subject to strict compliance and reporting requirements under the 1970 Bank Secrecy Act as well as the recently enacted Anti-Money Laundering Act. Because of reputational risk and compliance with anti-money laundering laws, issuers and exchanges have an incentive to use state-of-the-art tools to ensure that their platforms are not used for criminal activities. That gives cryptocurrency issuers and exchanges strong reasons to ensure proper usage of their platform—especially as the technology to identify illicit transactions develop.

Cross-border terrorism and money laundering is a big problem in this country, and the Biden administration must contend with both issues. Restricting cryptocurrency use and threatening much-needed innovation in banking and financial technology is the wrong solution.

Ryan Nabil is a Research Fellow with the Competitive Enterprise Institute, a free market public policy organization based in Washington, D.C.