Why Chemical and Biological Weapons Terrify the U.S. Army 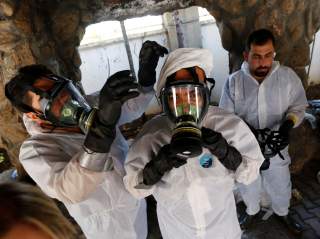 But in Iraq, chemical weapons — at least — were becoming more common. Insurgents attacked U.S. troops around two dozen times with chlorine weapons during the course of the war, according to the New York Times.