Why Is China Building a Nuclear-Powered Icebreaker? 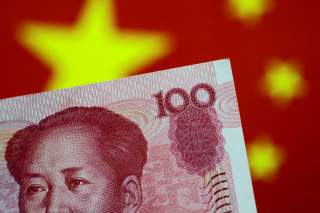 China is building a nuclear-powered icebreaker to secure its Arctic frontiers . . .

Wait a minute. China doesn’t have any Arctic territories. Its northern borders are Central Asia and Siberia, not the North Pole.

But the melting ice of the Arctic does offer things that China wants: resources and shipping routes. So, China has opened bidding on a nuclear-powered icebreaker, which Chinese media claims will is a first step toward building a nuclear-powered aircraft carrier.

“It will be China's first nuclear-powered icebreaker support ship, and it will be able to break ice, open waterways in the polar region and provide electricity,” according to the Chinamil.com military website.

“The ship’s nuclear power unit is huge and can be applied to a nuclear-powered aircraft carrier once updated, so it can be seen as a preparation for the aircraft carrier,” a Chinese analyst told another Chinese state-owned site.

Significantly, the headline of the Chinamil.com article was “China one step closer to nuke-powered aircraft carrier with cutting-edge icebreaker,” which suggests that preparing to confront the U.S. Navy is more important than Arctic exploration.

Nonetheless, China has joined other nations, such as Russia, the United States, Norway and Canada, in positioning itself for the perceived riches of the North Pole. The nuclear icebreaker will join the recently launched Snow Dragon 2, China’s first domestically produced icebreaker, and the older Xuelong, built in Ukraine.

China won't be the first nation to have nuclear icebreakers: last year, Russia launched the world’s largest icebreaker, the thirty-three-thousand ton, nuclear-powered Sibir. In contrast, the United States is down to one Coast Guard icebreaker, though there are plans to build more.

Still, if any nation can claim to have a territorial interest in the Arctic, it’s Russia. China’s interest is more mercantile. As a brief by the EU-Asia Center points out, China  has signed international treaties regarding the Arctic as far back as 1925.

China released its first Arctic white paper earlier this year laid out Beijing’s Arctic policy, including environmental protection of the Arctic, conducting scientific research and participating in international governance of the region.

But like other nations, China is salivating at the prospect of discovering raw materials exposed by a warming Arctic. And, most importantly, there is the prospect of new shipping routes that are the lifeblood of an export-based economy like China’s. “With the ice melted, conditions for the development of the Arctic may be gradually changed, offering opportunities for the commercial use of sea routes and development of resources in the region,” the white paper states. “Commercial activities in the region will have considerable impact on global shipping, international trade and energy supply, bring about major social and economic changes.”

Even as China earmarks $900 billion to resurrect the ancient Silk Road trade route through Central Asia to Europe, it enjoy the possibility of a Polar Silk Road. A nuclear-powered icebreaker capable of long-endurance missions would be a powerful asset.

Still, there are some questions about China’s polar efforts. What nearby bases will China’s Arctic flotilla operate from for resupply and maintenance? Should the situation get tense over claims to natural resources, or protecting shipping routes, what kind of effort could Beijing mount?

An icebreaker—even a nuclear one—does not an Arctic power make.