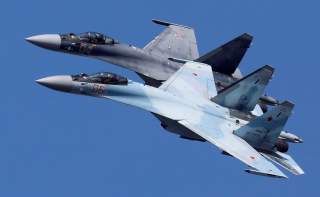 Two days later, a Chinese military television channel reported that China may buy more Su-35s to replace older aircraft. China has about 3,000 aircraft – roughly the size of the U.S. Air Force – including 1,700 fighters.

(This article first appeared several months ago and is being republished due to reader interest.)