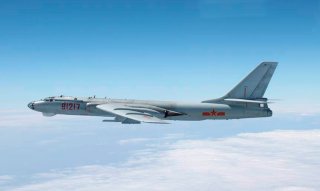 On April 15th, the U.S. Department of State released a report questioning China’s compliance with its moratorium on nuclear testing. It says activity at China’s nuclear weapons test site and a lack of transparency about those activities “raise concerns” about China’s adherence to the terms of the Comprehensive Nuclear Test Ban Treaty.

Those provisions include comprehensive verification measures. If the CTBT were in effect today the concerns in the compliance report could be investigated through on-site inspections. China has repeatedly told the United States it will ratify the CTBT as soon as it has a chance to review any reservations the U.S. Senate might attach to America’s ratification vote. China’s been waiting for twenty-four years. The United States and China both signed the CTBT in 1996, but the one and only senate vote on ratification in October 1999 failed to muster the required two-thirds in favor.

Some U.S. senators argue the United States should respond to these new concerns about Chinese test site activity by withdrawing the U.S. signature from the CTBT and resuming testing. That’s a bad idea. China has far more to gain from renewed explosive nuclear testing than the United States.

China was only able to conduct 45 explosive nuclear weapons tests before signing the test ban treaty and agreeing to the voluntary moratorium; in comparison, the United States conducted 1,056 tests. This enormous U.S.–China testing gap is a considerable U.S. advantage. Preserving the test ban preserves that advantage.

Each nuclear test provides weapons designers with valuable data. But there are diminishing returns as testing continues. Chinese designers barely gained enough information from their limited testing program to reduce the mass of China’s nuclear warheads to a point where they could fit one each on China’s new road-mobile and submarine-launched ballistic missiles. Additional testing could help China further reduce the mass of its warheads, making it easier for China to put multiple warheads on its missiles. It would also allow China to produce a greater number of warheads from its limited supply of weapons-grade plutonium.

These two critical Chinese advances would vastly outweigh any benefits the United States might gain from a resumption of explosive nuclear testing. Keeping the moratorium in place and verifying Chinese compliance using the robust provisions of the CTBT would keep Americans safer.

Back in the 1990s, when China and the United States were negotiating the CTBT and considering ratification, the Chinese and U.S. nuclear weapons laboratories engaged in modest but regular exchanges that maintained confidence in their respective efforts to end testing. Had those exchanges continued, current U.S. questions about Chinese compliance and the work China is doing at Lop Nor might be a lot easier to answer.

This kind of transparency, which the compliance report rightfully notes is lacking, requires a modicum of mutual trust. Unfortunately, U.S.-China relations have deteriorated to the point where neither side is willing to engage the other on nuclear weapons issues. As a result, mutual suspicion and accusation are filling the void left by the lack of constructive dialog.

Both China and the United States know from past experience that mutual suspicion fuels arms racing. Under its influence, the quest for balance and stability gives way to the search for advantage. U.S. and Chinese leaders are well aware that public accusations, like the one insinuated in the U.S. compliance report, increase acrimony and discourage dialog, especially when they’re unfounded. Left unchecked, mutual suspicion and repeated accusations will lock both nations into a negative spiral that will require extraordinary effort to escape.

China and the United States also know the search for military advantage, especially in nuclear armaments, is always fruitless. Every measure taken to gain a temporary advantage eventually produces a countermeasure to negate it. This is the reality on which nuclear arms control is based.

Dr. Gregory Kulacki is the China Program Manager at the Union of Concerned Scientists. Follow him on Twitter @gkucs.