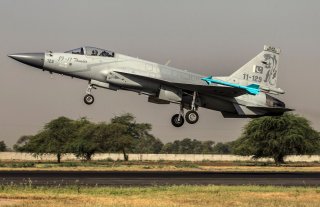 Key point: This fighter was built for export and has come a long way. Here's how Beijing is keeping it up-to-date.

Charlie Gao studied political and computer science at Grinnell College and is a frequent commentator on defense and national-security issues. This first appeared in 2020 and is being reposted due to reader interest.