Why China's Navy Is Not to Be Underestimated 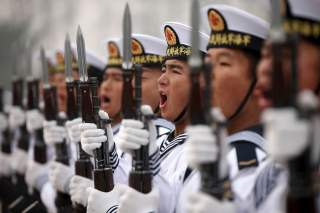 Key point: Pride comes before the fall, so America must not dismiss its potential enemies.