Why Climate Change May Kill Off the Human Race, If We Don't Act 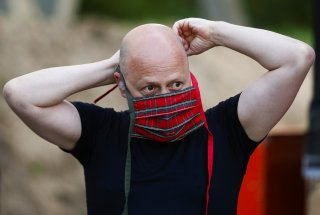 The claim that humanity only has just over a decade left due to climate change is based on a misunderstanding. In 2018, a fairly difficult-to-read report by the Intergovernmental Panel on Climate Change (IPCC) warned that humanity needs to cut its carbon dioxide (CO₂) emissions in half by 2030, to avoid global warming of 1.5°C above the levels seen before the industrial revolution.

What this actually means is roughly, “We have about 12 years before fixing climate change becomes really expensive and tough.”

Humanity can still live in a world with climate change – it’s just going to be more work, and many lives and livelihoods are likely to be threatened. But it’s complicated, because this century we are facing many problems at the same time, and we are more dependent on each other than ever.

To get our food, most of us humans depend on global transport, payment and logistics systems. These, in turn, require fuel, electricity, communications and a lot of other things to work properly.

All these systems are connected to each other, so if one starts crashing, the chaos may cause other systems to crash, and before we know it we’ll have massive shortages and conflicts.

It’s hard to calculate the exact risk of this happening, since it has never happened before. Until recently, the world was split into separate regions that were largely independent of each other.

But we do know that climate change puts the whole world under pressure – everywhere, at the same time – making the risk of these systems collapsing more serious.

For example, it’s easier for businesses to handle cybersecurity and energy supply when they don’t also have to cope with natural hazards. Likewise, it’s difficult for governments to maintain infrastructure when politicians are busy dealing with the public’s reactions to food prices, refugees and ecological crises.

Geoengineering to reduce the impact of climate change – for example, by reducing CO₂ levels or pumping reflective particles into the Earth’s atmosphere to deflect the sun’s rays – might work. But if disaster strikes and those operations stop, the effects of climate change can return quickly.

The reasonable thing to do is to work on making our systems more resilient – and there are plenty of opportunities to do this. In practice, this means more local energy production, better backup systems, work on reducing climate change, and being more willing to pay extra for safety.

So what about the other threats humanity is facing? Though natural hazards such as earthquakes, tsunamis, volcanoes and hurricanes can be disastrous, they pose a comparatively small threat to the survival of the human race.

Hazards big enough to cause entire species to go extinct are relatively rare. The typical mammalian species survives for about a million years, so the risk is roughly one in a million per year.
Asteroid impacts and supervolcanos do happen, but they are rare enough that we do not have to worry about them. Even so, planning for the day when we need to deflect an asteroid or make do without agriculture for a decade is a smart move.

Pandemics are worse. We know the 1918 flu killed tens of millions of people worldwide. New influenza viruses are popping up all the time, and we should expect to see a big pandemic at least once every 100 years.

Over the past century, we have become better at medicine (which lowers the risk from disease) but we also travel more (which increases the spread of diseases). Natural pandemics are unlikely to wipe out the human race, since there is almost always somebody who is immune. But a bad pandemic might still wreck our global society.

Bioweapons, which use bacteria, viruses or fungi to harm humans or agriculture, are another issue. Fortunately, they have rarely been used in war, but they might become more dangerous in the near future because advances in biotechnology are making it easier and cheaper to modify organisms and automate lab work.

As this technology becomes more accessible, there’s a growing risk it could be used as a “doomsday device” by nasty regimes, to deter other states from seeking to topple them. Right now, the risk is smallish, but it will surely become larger if we do not figure out better ways to detect pathogens early on, keep an eye on risky biotechnology and do diligent diplomacy to keep governments sane.

Perhaps the biggest risk to humanity right now is nuclear weapons. I would personally guess the risk of a nuclear war (not necessarily world-ending but still horrifying) to be somewhere between one in 100 and one in 1,000 per year. This risk goes up or down, depending on tensions between countries and the competence of the people handling early warning systems.

At the Future of Humanity Institute at the University of Oxford, we do a lot of work on Artificial Intelligence (AI). As with biotechnology, the risk right now is pretty minimal, but it might grow in time as AI become better and smarter, and we think it’s better to be safe than sorry.

Developing tools to ensure AI stays safe and operates in a way that benefits humanity could save money in the long run, and it’s unlikely to make things worse. Again, the probability of an AI disaster is fairly undefined, since it changes depending on how well we prepare for it.

I can’t give a probability of a world-ending disaster that isn’t more or less guesswork. But I do think there’s a big enough risk of such a disaster in our lifetimes that we should work hard to fix the world – whether by making sure governments and AI stay safe and sane, replacing fossil fuels, building backup systems and plans, decentralising key systems and so on. These things are worthwhile, even if the risk is one in a million: the world is precious, and the future we are risking is vast.

If you’re a teenager aged 12 to 18, and you’ve got questions you’d like an expert to answer, send them our way! Include your first name, age and the area you live in. To get in touch, you can:

We have a huge pool of experts at our fingertips, and we can’t wait to share their knowledge with you.