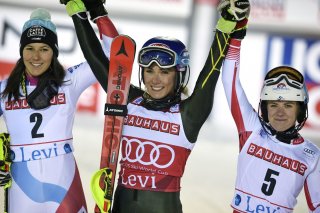 The spread of COVID-19 is changing life for billions of people around the world. Many are adapting to periods of self-isolation and finding creative ways to stay fit, but the enforced changes may also result in increased sedentary behaviours – which can contribute to anxiety and depression.

This may be especially the case for athletes, who are already more likely than the general population to experience a mental health disorder during interruptions to their career – usually due to injuries or retirement. So given that most sport has now been cancelled or postponed and athletes are having to train by themselves – sometimes using novel methods – the current restrictions may be more difficult for athletes to handle.

Blogs designed to help athletes cope during these emotionally challenging times have skyrocketed. Specifically, football clubs have been urged to support their players’ mental health and some national governing bodies – organisations that govern and administer a sport on a national basis – have created videos to help coaches and athletes deal with self-isolation. Sport psychologists in the UK and abroad have also been inundated with athletes contacting them for support.

But so far none of these responses have identified why athletes might be more at risk than the general population during self-isolation.

Why are athletes vulnerable?

What all of us are experiencing right now is a transition. Defined as a critical life event, a transition challenges our assumptions about ourselves and requires us to make changes in our behaviours and relationships.

Elite athletes spend many years forming an “athletic identity”. This is defined as: “the degree to which an individual identifies with the athlete role”. This athletic identity serves athletes when they are fit, healthy and able to pursue their goals and ambitions. But when they are unable to engage in such self-defining activities, this over-identification with the role of athlete can make them vulnerable.

When you’re not doing what you are known for, not achieving the goals you set for yourself, what value do you have? My whole identity used to be through rugby, so as soon as you cut the rugby, you have no identity left. I didn’t know what I was, who I was. If affirmation comes from points you kick, what are you when you can’t kick? Who are you?

This commitment to an athletic self often begins at a young age. Athletes begin to sacrifice other types of identities available to them in their pursuit of sporting success. So, over time, they become what’s known as “role engulfed” as other identities, that might have helped to create a more multidimensional self, are sacrificed.

There are currently many thousands of elite athletes worldwide who can no longer use sport to support their athletic identity. These athletes are unable to train to the same intensity and access the same equipment and facilities required for them to maintain elite levels of physical and technical performance. They are unable to achieve their goals.

They are also socially isolated from teammates, staff, entourages, and a fan base who support their sense of athletic identity. And as research has identified, it is likely that as a result of becoming “role engulfed” many of them have not spent time developing interests or friendships outside sport. So they may not be as able to adapt as well to online cocktail hour or birthday parties via Zoom.

Most athletes spend their time developing physical and technical components of their performance to the exclusion of their mental skills. Though the current enforced isolation may feel difficult it is also the ideal time for athletes to develop mental resilience.

This doesn’t just apply to sport stars though, the same goes for everyone – we should all try to develop our own mental health and resilience right now. So as well as staying in touch with friends, family (and teammates) digitally, it might also be worth taking a course to teach yourself some coping strategies – for use now and in the future.