Why Did The Army Say 'No Way' To Sig Sauer's Copperhead Machine Gun? 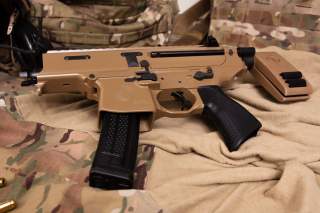 Key point: When the MPX is scaled down to the ultracompact level, it results in a design that looks a bit too big for what it offers.