Why Did Half of Russia's Stealth Su-57 Fighters Fly into the Air? 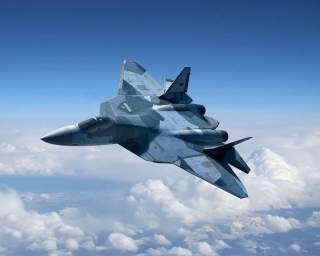 Key point: Russia's Su-57 is an excellent fighter and Moscow wants to cash in on it.

Back in May, Russian President Vladimir Putin’s IL-96-300PU presidential plane was flanked by no less than six Su-57 stealth fighter jets while en route to the 929th Chkalov State Flight-Test Center in southwestern Russia.

Mark Episkopos is a frequent contributor to The National Interest and serves as research assistant at the Center for the National Interest. Mark is also a PhD student in History at American University. This first appeared in May 2019 and is being republished due to reader interest.