Why Did the Mighty Battleship Become Obsolete? 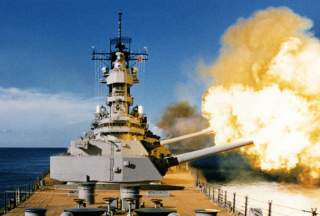 Key Point: In many ways, the battleship represented the greatest-ever concentration of naval power in a single vessel. Between World War I and World War II, the big, fast, thickly-armored and heavily-armed warships dominated the world’s oceans.