Why Did North Korea Sink the South Korean Warship Cheonan in 2010? 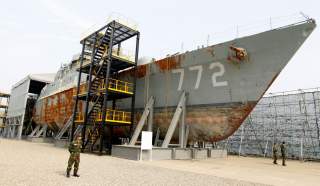 Key point: Pyongyang likes to make threats and occasionally carry out an act of violence. The question is whether it does so to get attention and force a return to the bargaining table or if it is to maintain deterrence.