Why Did a Russian Soldier Shoot Eight of His Comrades in Siberia? 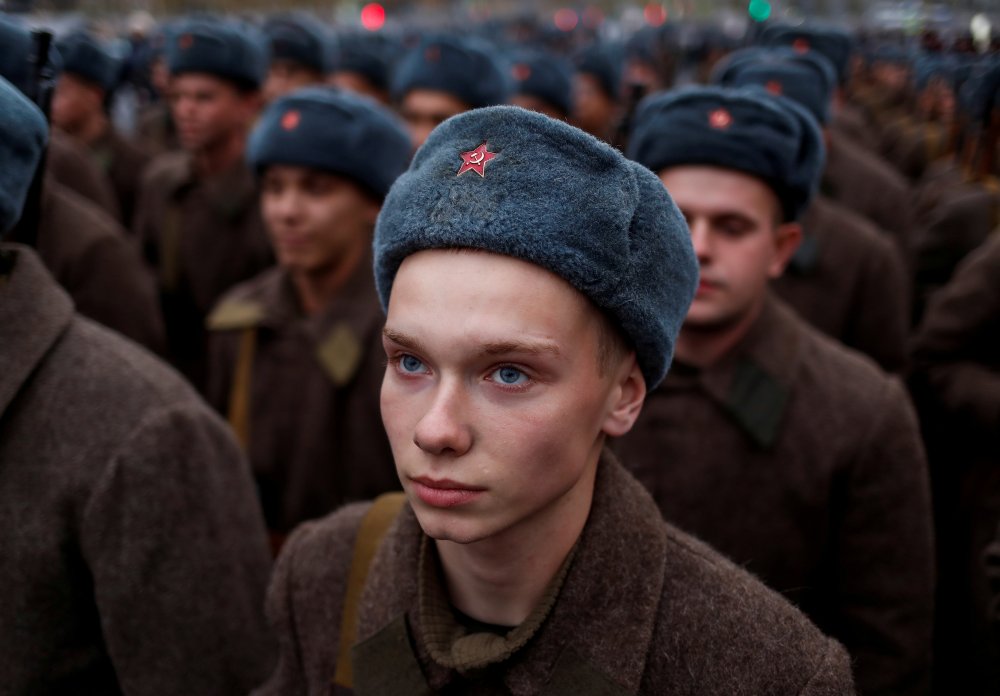 Why did a Russian soldier gun down eight of his comrades at a remote Siberian military base?

The reason was probably hazing by his fellow soldiers, including a threat of being raped, according to his father.

On October 25, 2019, Private Ramil Shamsutdinov—a twenty-year-old conscript—shot eight soldiers at a base near the town of Gorny. He now faces first-degree murder charges and life imprisonment.

“That day, [the officers] promised to turn me out,” Shamsutdinov told his father just prior the incident, according to Russian media. “They warned me that, like, they’ll rape me. “I know they’d turned all the other young ones out before me. If that evening was my turn, I had nowhere to go, what should I have done?”

“Who do I complain to if the officers themselves beat me? I thought about running away but everything was closed,” Shamsutdinov reportedly asked. “What was I to do?”

“The only thing I’m sorry for is that I accidentally hit two guys who had nothing to do with it. I have no pity for the others.”

Not surprisingly, the Russian military doesn’t blame hazing, but rather personal problems. Indeed, a potpourri of reports on Russian media blamed the massacre on a variety of factors. Citing a psychological profile of Shamsutdinov, RBC.ru claimed that Russian military doctors found that he was obstinate and had conflicts with his fellow soldiers. “In relations with commanders, capable of rudeness,” the profile said. “Painfully reacts to criticism addressed to him, while easily criticizing others or violating their personal space.”

More significantly, Shamsutdinov had been reprimanded for pointing weapons at other soldiers. “Repeatedly received comments from commanders for violating safety requirements with weapons during combat training exercises,” the profile noted.

Russian military investigators say Shamsutdinov had conflicts with an officer, and Shamsutdinov’s lawyer says his client was bullied by a lieutenant who tried to dunk his head in a toilet. Sergei Lipovoi, head of the Officers of Russia association, even put the blame not on officers, but violent video games. “It’s as if this soldier mixed up virtual reality with real life,” he said.

Shootings by other soldiers in other armies are not unknown. The U.S. military has had several incidents over the years, including an Army paratrooper who shot twenty soldiers at Fort Bragg in 1995, and an Army psychiatrist who killed thirteen people at Fort Bliss in 2009.

Still, the Siberian shooting highlights a longstanding problem of hazing in Russia. The Soviet military was notorious for its brutal system of hazing, or dedovschina. Soldiers nearing the end of their two-year enlistments beat and tormented new draftees or turned them into near-slaves who did all the work while officers turned a blind eye. In turn, the abused draftees would gain seniority and repeat the process with the next batch of recruits. Between the miserable food, spartan accommodations and postings to remote places like Siberia, the life of a Soviet soldier was a stressful experience sometimes only relieved by alcohol.

The current Russian military also has hazing issues. “One soldier had to have his genitalia amputated in 2006 after being beaten and forced to squat for several hours on New Year’s Day by a likely intoxicated sergeant,” said Britain’s Guardian newspaper. “Despite a decade-long reform of the army and shortening of the conscription period to one year, reports of brutal hazing and suspicious suicides have continued to plague army units.”

Though the current Russian military retains conscription, it is increasingly a volunteer force of contract soldiers who will be less inclined to put up with brutality. However, as the case of Shamsutdinov suggests, hazing isn’t a weakness in Russia’s military machine that won’t go away.